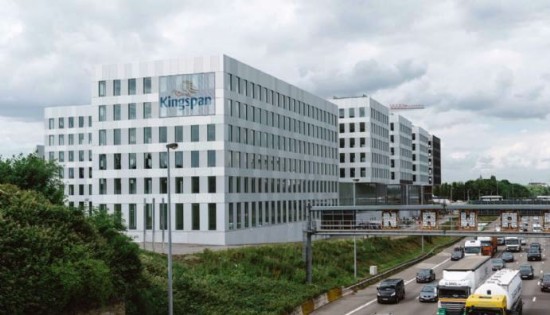 In its latest report on the Flanders office market, real estate advisor JLL takes a close look at the largest city in the region, Antwerp. It finds that to date (end of the third quarter) 2018 is quieter than the flamboyant 2017, occupier take-up amounting to 84,971 sm², 35% below last year. Compared to the 5-year average, however, it is up 30% and the Q4 outlook is promising. Among transactions for this last quarter of the year, in mid October, the Karel de Grote high school acquired the former headquarters of Proximus along the Meir.
The KdG will occupy 33,000 m² by 2023 after redevelopment of the building, leaving its current premises in the centre that will be redeveloped into residential.

Looking at some of the transactions in new projects, VF Corp took 7,500 m² in The Link, the Christelijke Mutualiteiten and Philip Morris took 3,807 m² and 2,540 m² respectively in Post X, and Dimec will be the first occupier of the Gate 7 in Kontich (Periphery) with a surface area of 1,100 m². Where the number of deals is concerned, JLL has recorded 145 over the first three quarters of 2018, just one less than last year, but 26 more than the 5-year average.
Immediate supply has decreased by 6% year on year to 187,000 m² at the end of the third quarter, and despite completions the volume of new availability remains low at 16,242 m².

Prime rents have stabilised at their all-time high of  155 / m² / year, this level having been achieved in the Engie Tower (Central Station).
In the Ring, prime rents are 5 lower at 150 / m² applicable to The Link, while asking rents on the Post X are 145 / m² / year. Looking forward, most new projects trade at above 160 / m² / year, so an increase looks likely.
The situation is different for second hand properties, as average rents have hardly changed in the last 12 months at 110112 / m² / year, and top quartile rents have also stayed about the same on a yearly basis at 141-144 / m² / year.
On average, rents for new (existing or projects) buildings in the Ring district have climbed to an all-time high of 146 / m² / year against 135 / m² / year over the preceding five years, though on a yearly basis top-quartile rents in Antwerp as a whole are unchanged at 141 / m²
Weighted average rents are moving upward as well to 120 / sq.m. / year, 8% more than a year ago.