You are here : HOME > NEWS > Lunch with a Danish Architect

Lunch with a Danish Architect 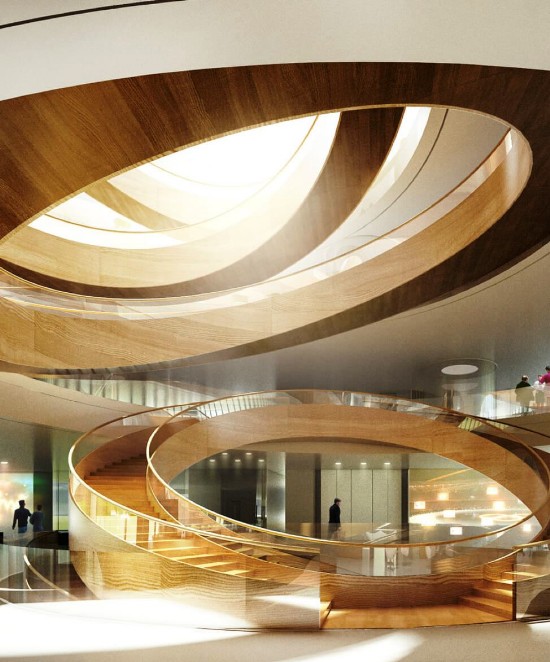 The Lunch with an Architect of yesterday, organised by Forum Press & Communication, involved a prestigious architect with few connections to Belgium, but a worldwide reputation. Kim Herforth Nielsen is the founder of Danish bureau 3XN which now has offices in Copenhagen, Stockholm, Sydney and New York, employing 125.

Before moving on to the Belgian connection, it is interesting to note the philosophy behind the bureaus thinking. This can in many ways be summed up by: We believe that architecture shapes behaviour. The buildings people are in impact on the way they feel, and so architects have an obligation.

Among examples of the way in which architecture can move outside of traditional dimension, Kim Herforth Nielsen presented a school without classrooms, featuring a central circular staircase which constitutes the living heart of the building, enabling all parts of the interior, what they are doing and the way they are being used, to be seen by everyone.
Staircases are indeed central to many of the bureaus works, feeding people to the right parts of the building and being part of the overall functioning rather than merely a means of vertical communication. A stadium uses a massive exterior staircase to get people to the right points without waiting for them to be inside. In the new headquarters of the International Olympic Committee in Switzerland, asymmetrical rings form the huge central staircases in a building which the IOC wanted to be (unsurprisingly) transparent

The list of projects includes a new iconic fish market in Sydney which is much more than just a place to go and buy the cod, an aquarium whose shape is based on the photo of a whirlpool...

To move back to Belgium, Kim Herforth Nielsen showed a relatively small building alongside the Citadel in Namur, whose main feature is the way it handles the exterior garden/park area. This also illustrates another of 3XNs mantras  that architects should leave the entire site in a better condition than that in which they found it. Ignoring the surroundings is not an option.