You are here : HOME > NEWS > Don't push the industry out

Don't push the industry out 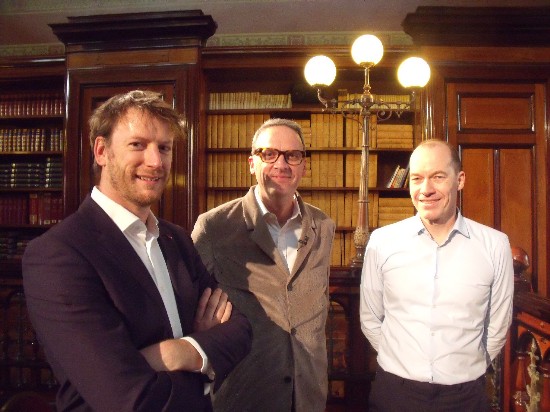 To inaugurate 2019 sessions of the citydev/BSI (Brussels Studies Institute) inter-university chair, the two associations invited a world-renowned authority on town planning to give the opening lecture. Professor Mark Brearley speaks all over the world, lectures at the Metropolitan University of London, has been an advisor to the Mayor of London, and runs his own small tray-making business in the British capital.

His theme for the lecture is one about which he is passionate  the importance of productive activities, of industry, within a city. This is very much in line with the thinking of citydev, which is behind a number of initiatives which have reintroduced making things into Brussels. Introducing Mark Brearley, indeed, citydev president Antoine de Borman spoke of the new industrial plan initiated by the Region, and of the fact that currently, only 3% of all employment in the region is in manufacturing.

Mark Brearley used London as his example, before moving on to Brussels. One of the central themes of his presentation was that a city can only thrive if it has a mix of functions  with industry as absolutely key  right in the middle, right on the high street, thriving, visible and representing a backbone of economic activity. He includes all types of business, from small-scale manufacturing through shops and warehouses to cafés, delivery services He detailed a long list of trades which used to be present  millers, grinders, turners, leather workers etc., but which have been forced out. And this forcing out is usually so that developers can build housing on the site  Mark Brearleys own company has been pushed around in the past and will come under pressure again in the future.

When these businesses are not considered welcome on the high street, as they werent by the town planners of the 60s and 70s, new urban layouts emerged which put them out of site, round the back, where people wouldnt have to look at them every day. And so emerged new towns such as Almere just south of Amsterdam, with little silos of businesses, of restaurants, of offices. Little silos you have to go to if you want to use one of the services. Mark Brearley said that this arose from the thinking that the economy is something other people do to you, do for you, and it should not be visible.

The reality is that the most appropriate configuration for the city we want for the future is already there. Aerial views highlighted the number of businesses, traders, shops etc. which are present on our high streets (our district high streets, the nerve centre of every district, village, town). These are not high end businesses, sometimes theyre even ugly such as car repairers, but they are there, they are thriving and they are driving the economic and social fabric of the places where they are located. These businesses and others need to be in our cities because our cities are our most innovative places. All of the functions need to be mixed with the houses, a gathering of city life around multi-mixed streets. We simply need to look at the potential which is already there.

A highly demonstrative illustration was in the form of 51 district high streets from Greater London being placed end to end. Mark Brearley said that if you cared to walk the whole of the 51 km this represented, you would pass 6,500 businesses. These employ 80,000 people  the same as Canary Wharf.

Is it all bad news? No, while pushing out 100 year-old businesses to make way for housing was encapsulated in a street poster saying London is eating itself, the high streets are growing again, to the point where space is becoming difficult to find.

Brussels came in for a special, and extremely positive, mention. Mark Brearley said that it has carried out an impressive rethink about the urban future, is exploring a broad mix and is an evolving city. It is now again doing what it did so well in the past but lost for a few decades. He said that Brussels is in the vanguard, that everybody else was watching and that everybody needed Brussels to succeed. Cities with everything are possible and Brussels is considerably ahead of every other city.

Closing, Brussels Bouwmeester Kristiaan Borret echoed the thinking when he said that we shouldnt just concentrate on the big cultural projects.