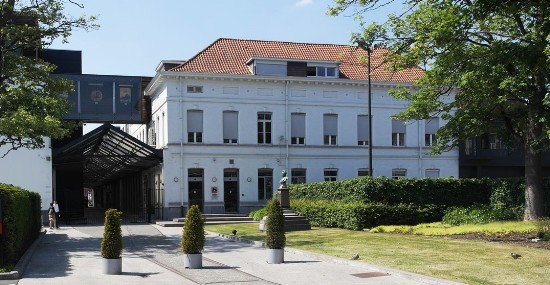 Belgian supermarket chain Delhaize, part of the Ahold Delhaize group, has announced that it is moving its headquarters from the Osseghem district of the Brussels commune of Molenbeek, to Zellik, alongside its distribution centre. The company had been in Molenbeek since 1871.

The new location is also close to other of the chains services at Zellik, and in a communiqué, Delhaize explains: The site, currently occupied by de Persgroep, represents a unique opportunity to centralise all of the Delhaize support services. Apart from logistics and the supply chain, the purchasing and quality departments are already located at Zellik. Thanks to this move, they will be joined by marketing, IT, HR, legal affairs, finance and other services.

The move is scheduled to take place in the first quarter of 2020, when Delhaize will put its existing building up for sale.
The move raises questions about the future of the Molenbeek site, which extends to some 37,000 m². Quoted by LEcho, Molenbeek mayor Catherine Moureaux says that she wishes to see a mix of functions including residential and economic activities, involving small businesses and large enterprises. Quoted by the same newspaper, and very much within the context of the Brussels Region wishing to maintain existing economic activities and introduce new ones, former mayor Françoise Schepmans speaks of another blow to the Brussels economy.