You are here : HOME > NEWS > ID2Move launches in Nivelles 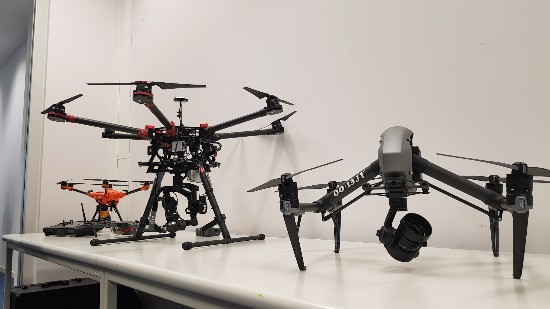 The latest inauguration of a company incubator took place yesterday in Nivelles. Very much in line with the thinking behind the FabLabs opened in Brussels by citydev, ID2Move is totally focused on the latest technologies. In this case, as explained by operators Cap Innove, the choice was made for a very restricted niche  autonomous systems and in particular drones. ID2Move is not a drone pilot training centre, it should be pointed out, but a research and development centre for the machines themselves. The initiative has the support of the Brabant Wallon region, Wallonia, the ULB and Besix among others.

Located on a former Peugeot car testing site, Cap Innove has no less than 238 hectares available, including a vast outdoor area for flight tests. It also currently has around 5,000 m² of constructed area, with a ceiling height in places of eight metres, enabling indoor flying too. Further constructions will come, and specific technical requests, provided these will benefit a number of companies, will also be able to be met. In particular, a climate room able to give winds of up to 200 km/h and snowis scheduled.

The philosophy is also very much in tune with the times. Putting small companies in contact with each other and with industry and universities, the circular economy and environmental policies, for example. There will be co-working spaces, closed offices and a networking café called the drone café. Solar panels, electric car recharging points, used battery recycling are among the latest-thinking features of the evolving site. Cap Innove will provide access to finance, coaching, expertise and so on.

One last point, Cap Innove is in close contact with the airspace authorities and subject to strict regulations as to where and how the drones can fly. The ID2Move site is located just outside some of the exclusion zones created due to the relative proximity of both Charleroi and Brussels airports.