You are here : HOME > NEWS > An attractive investment prospect 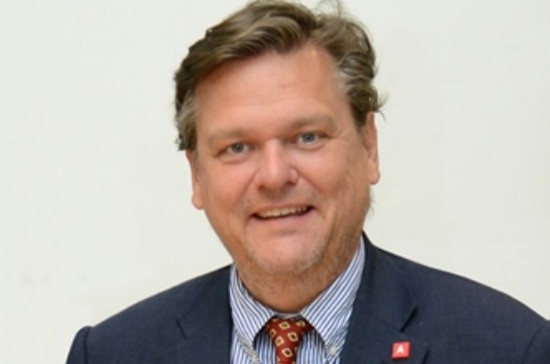 After 11 years of absence, Antwerp returned to MIPIM, where it showed a strong presencein the Belgian Paviljoen to promote the city's real estate investment opportunities. Antwerp expects its population to increase by 70,000 to 100,000 over the next 15 years, and is getting ready to give its newcomers a suitable welcome.
Rob Van de Velde, alderman for spatial planning, heritage and green spaces: Europe has experienced a difficult housing market over the last few years, with prices falling  indeed plummeting in the case of Spain and France. Together with Germany, Belgium has remained stable or even showed a positive trend. The urban population growth that Antwerp expects represents some 30,000 families, for whom both housing and an attractive range of services must be provided, including schools, hospitals and childcare facilities. We mainly expect people between the ages of 26 and 65  new residents in the working-age groups who have a certain purchasing power, notes the alderman.

Large-scale construction activity
In response to the strong population growth, the city will expand in almost every direction. Building will take place out as far as the 20th century belt around the city, explains Rob Van de Velde. In Hoboken there is the site on the Lage Weg with 13 to 15 hectares, and Park Spoor Oost with its 11.5 hectares will be developed as an SME park, ensuring plenty of economic growth and employment. Construction work on 500 new homes is also taking place in the Eksterlaar district, and the former abattoir site is being looked at.
The emphasis is being placed on mixed sites, where residential developments coexist harmoniously with innovative and service-oriented businesses. On Lange Gasthuisstraat, the Startup City project will offer accommodation in the city centre to young start-up companies with international growth potential, adds Rob Van de Velde. Ensuring an attractive range of employment in the city will also solve the mobility problem to some extent.

City and periphery closely linked
For foreign investors, Flanders is both small and large at the same time. It is large enough to offer the necessary diversity and small enough to be manageable  an ideal size for investors. Antwerp has the added advantage that it works out as slightly cheaper than other major Belgian cities. Rob Van de Velde: We are not engulfing the surrounding towns, and have no desire for the periphery to become heavily built up and part of the city. The fragmentation must stop, and we have opted for urban growth that is suited to the populations needs, coupled with optimal links to the periphery.