You are here : HOME > NEWS > SECO - focus on quality from new CEO 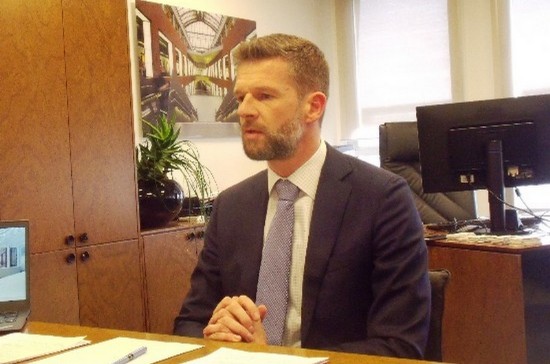 The new CEO of SECO, Bernard Heiderscheidt, took the opportunity at a press conference yesterday, to explain the organisations missions, and some of his own thoughts.

Firstly, SECO is charged with verifying the technical suitability of large construction projects, carrying out certification of materials and construction quality. Its missions therefore include the performance of the envelope of the building, facades, technical installations, safety including fire safety and evacuation, acoustic insulation The organisation was founded in 1934 when the construction industry as a whole realised it needed an independent system for ensuring that buildings conformed to all necessary standards  whether encapsulated in regulations or not. SECO now numbers around 300 persons, of which around 250 are engineers. The companies which call upon its services are largely architects, construction contractors, study bureaux, among others. As an expertise provider, the best results come when the organisation is involved from the very conception stage, and can iron out problems before the bricks are laid. Being called in later in the process when things go wrong  in other words as a fire-fighter  is not the best way to operate.

Bernard Heiderscheidt has some determined thoughts about the construction business in general. He is quite open about the fact that SECO is not the cheapest in the business, but believes in thinking Better before Cheaper. He also says that the organisation has to constantly reinvent itself because the business is in perpetual evolution, and progress has never been known to take a pause or go backwards. The reinvention involves ploughing back the revenues (SECO is no longer not for profit) into further training. An example of this internal training is in checking facades: there is no Masters in facade construction, yet the different characteristics in operation of the three main components, glass, steel and concrete, make this part of the building critical.

Bernard Heiderscheidt also believes that the industrialisation of the construction industry is a good thing  it means that contractors are evolving towards being assemblers, and that quality increases. This industrialisation is also enabling the industry to catch up on time lost in the past. Belgium, he states, is well placed in terms of construction quality and verification, with four times less incidents than occur in France, for example. However, although we have to live with the complex administrative system, some of the regulations represent a disconnection with reality, and tend to put the brakes on innovation.

And finally, on the circular economy, he believes that this will get even more intense, that it is an absolute necessity, that it has to be seen at district level rather than at individual building level, and that it is the most intelligent form of protectionism.