You are here : HOME > NEWS > Manufacturing must be in the mix - citydev

Manufacturing must be in the mix - citydev 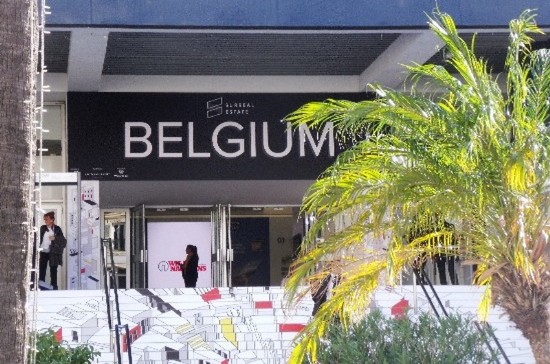 Citydev.brussels used its presentation in the Belgian Pavilion at Mipim to explain not only some of its semi-industrial projects, but also the reasons why this type of activity is important in an urban environment. Under the title of Manufacturing in the City to Manufacture the City, CEO Benjamin Cadranel started by saying that mono-functional projects no longer met the needs of a city. A city is, he said, a network of different types of infrastructures  Brussels went through its offices only phase and has now seen things differently. Mixed use including semi-industrial is the order of the day, and developers need to be able to resolve the conflicts that the different functions can provoke.

Cities which include some form of manufacturing within their fabric tend to be better at innovating, he went on to say. Manufacturing also creates jobs and attracts other services such as cafés. Additionally, making things gives people more pride than in service industries. An example of this is the fact that there are a number of micro-breweries in Brussels. Other benefits which manufacturing provides are the ability to create short supply circuits  so much favoured by city authorities and consumers alike  and the improvement in mobility which arises when people work close to where they live. In brief, the circular economy, social mix and avoiding the cancer of mono-social silos.

Following on, citydev Director Philippe Antoine looked at some of the projects either completed or underway. Some 430 companies are currently operating on 47 sites, and in many cases there is a link with university research (which also brings a tax benefit in some circumstances). Further financial incentives are also available if companies create a certain amount of employment, or install a crèche, for example. The focus is clearly on innovation, and the success of these sites is demonstrated by the fact that there is more demand than supply.

In terms of projects, Greenbizz, Magellan and Newton are all to see the development of a phase two. City Campus will see a former industrial wasteland transformed into a mixed use project including food production and student housing, while NovaCity will represent 7,000 m² of workshops and a round 240 residential units. Citygate includes manufacturing, residential, schools, a medical facility and a public park, and phase two has now started. All projects are either low or zero energy.

Finally, Philippe Antoine explained the concept of FabLabs. These are very small manufacturing units, enabling productive activities to come right back into the centre of the city. Lots of little factories which can locate anywhere in very small spaces. CityFab 1 will be the first example of this in Brussels.