You are here : HOME > NEWS > Realty heading for the seaside

Realty heading for the seaside 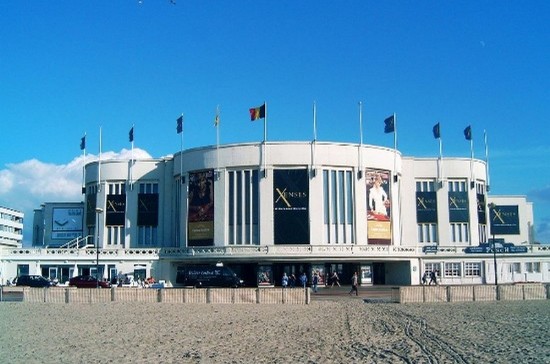 It looks likely that Realty is to change its home in 2019. During an interview with this website late last year, realty director Mathieu Van Marcke had already indicated that he was considering moving from Realtys current home  Tour & taxis  if he felt that this would be in the interests of the exhibition. At the time, we were requested not to disclose this information. The exhibition has been held at Tour & Taxis since its inception by Easyfairs-Artexis a decade ago, and this years edition (May 16-17) will once again be there. A change already introduced this year is that the show will run for two complete days rather than the half-whole-half day formula of the past.

It is now being reported by LEcho that the decision has been taken to move away from the capital altogether, and locate the2019 edition of Realty at Knokke, on the coast. It may be that a desire to be more in line with the huge international exhibitions  Mipim and Mapic, held on the seafront at Cannes in France  has played a part in this decision. It is also being reported by LEcho, however, that exhibitors were beginning to question the value of the investment under the current format.

It is true that the Knokke-Heist Casino  the chosen location  is very experienced in organising conferences and other events, and that this part of the coast is not lacking (nor is any of the coast) in hotels and other facilities. Knokke-Heist mayor Léopold Lippens, quoted by the newspaper, confirms his desire to see the town become a true conference centre.

Could there be a downside to this? It remains to be seen whether the foreign investors so dear to Realty will come to a town they may never have heard of, and those Brussels-based professionals who tended to stay in the office in the morning and come to Realty in the afternoon, will have to change their habits. But Mathieu Van Marcke has a proven track record in getting things right, and he may well find that this gamble pays off very handsomely in the years to come. To quote an old saying: He who dares wins.