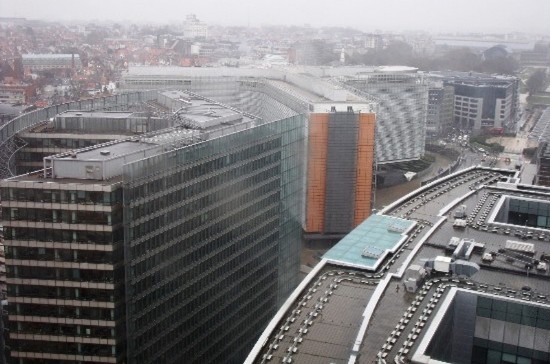 The European Commission has indicated, in official documents, that it is to launch an international architectural competition for what would be one of the largest projects ever seen in Brussels. It wishes to replace its building at 130 Rue de la Loi with a complex extending to 175,000-190,000 m² and able to accommodate 5,350 employees. There will also be a visitor centre and two crèches. A car park and a new entrance towards the Maelbeek metro station are also included. This complex will allow the Commission to make further progress with its plans to reduce the number of buildings it occupies.

The current building is only 24,000 m² and has now become both too small and obsolete. In view of this building, however, the Commission has named its project Project Loi 130. It is reported in various media including LEcho and De Tijd that the EU is ready to invest 500 million Euros in its new complex.

To give an idea of the size, the Madou Plaza tower located at the Place Madou is around 40,000 m². The Project Loi 130 will therefore be approximately seven times bigger

Candidate architectural bureaux have a month from today to make themselves known, and the Commission will select thirty which will be invited to submit proposals. A professional jury will further refine this to ten which can go on to the second phase. The eventual winner will be unveiled in July of next year.