You are here : HOME > NEWS > Hotel sector well on the way back up

Hotel sector well on the way back up 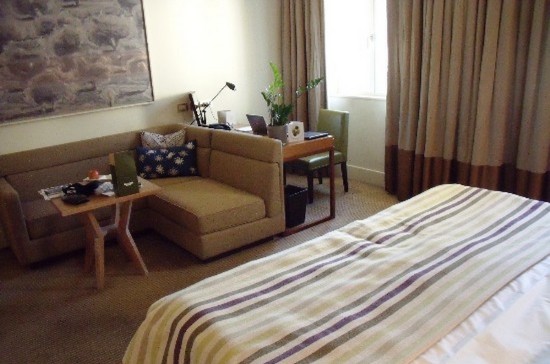 Two years after the terrorist attacks in Brussels, Cushman & Wakefield has been monitoring activity in the belgian hotel sector. The real estate advisor states that well-known international chains continue to expand with large (over 75-100 rooms) hotels across the land. In addition, the average number of rooms per establishment is on the increase. The list of projects and deliveries has grown substantially; in Flanders, the pipeline includes many independent boutique hotels ranging up to 50 rooms especially in Antwerp.

Provisional figures suggest 2017 is expected to record solid numbers in terms of hotel tourist visitors and overnight stays. More than 15 million visitors had already been registered by November against 15.2 million for the entire year 2016. Overnight stays amounted to 35.9 million against 36.8 million for the whole of 2016.

Similarly, a return to normal market figures in Brussels should be imminent. Indeed, the overall average occupancy rate in 2017 was 71% (the average occupancy rate in benchmark year 2014 amounted to 73%). Recovery of the occupation rate has been incremental and monthly and at its current rate, C&W expects occupancy to be back to its 2014 level when figures are available for February 2018.

Where investment in 2017 is concerned, following a lively beginning to the year, no investments transactions were recorded in H2. As a result, the total volume invested in Belgian hotels in 2017 was  136 million (against  155 million disclosed in 2016). This might be explained, C&W goes on to say, by the market opacity with many owners remaining private investors who also handle the running of premises.

Looking more closely at Brussels, recent and upcoming activity observed by Cushman & Wakefield includes the recent delivery of the Yadoya, and the opening of the Hotel Hygge in September. The 50-room hotel is located on Rue des Drapiers in Ixelles. This is located in the vicinity of the Chaussée dIxelles/Porte de Namur and Avenue Louise, a zone in which are to be found many top hotels (Steigenberger, The Hotel, Thon)

The former Sheraton hotel, recently acquired by Primecity Investment is expected to partly reopen under the new name Rogier Hotel in 2018, although works will still be carried out on several floors.
Macan Development is overseeing the construction of the Tagawa, a mixed-use project on Avenue Louise which will include 64 appart-hotel units which will be operated by GinosiApartels. Heavy renovation works on Corinthia's five-star Astoria hotel (126 rooms) on the Rue Royale close to the Eternal Flame, have not yet started.