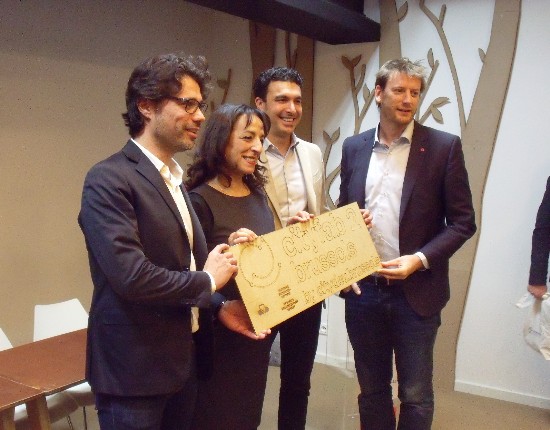 The Da Vinci site in Evere, close to NATO, has just seen the inauguration of citydev.brussels second FabLab. Under the name of cityfab 2, and in cooperation with transforma bxl, this is an initiative which houses small companies working at the cutting end of technology, and in small productive domains. Among others, latest generation 3D printing, software development, laser cutting, are all activities taking place on the site.

Brussels Scientific Research Minister Fadila Laanan said that this forms part of the Regions policy for digitalisation, and that the FabLabs (there is a third to follow in Anderlecht) help to provide PMEs and others with access to the industrial world. She wishes the Region, via initiatives such as this, to become a hub for digitalisation.

Speaking for citydev, its President Antoine de Borman said that the Da Vinci site is the oldest of citydevs industrial sites, part of which has become available to citydev following the moving of Sanofi Pasteur. It is being used for co-working with a focus on new technologies. Indeed, he pointed out, the development of FabLabs is being undertaken at the request of the Region. Those working on the site are typically designers, virtual reality and 3D developers, architects and that an environment such as this provides an exceptional opportunity for networking, shared learning.

Summing all of this up, citydev explains that a FabLab is a place in which all sorts of tools are made available to design and produce objects. The principal characteristic of a FabLab is that it is open to the public, and aimed at designers, artists, those who like to make things, and students, all of whom wish to move as rapidly as possible from the concept to the prototype phase, and from there on to deployment