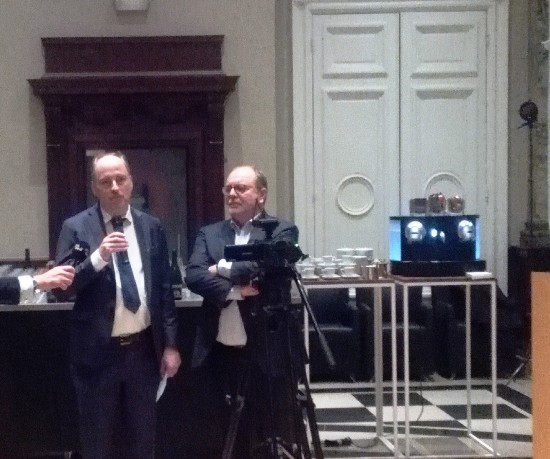 The department of the Brussels Regions Commissioner for Europe has just celebrated four years of existence. At an event yesterday to mark the occasion, fittingly held in the Brussels Info Point at the Place Royale, the Commissioner  Alain Hutchinson  explained what the department had been able to achieve. Speaking to a large number of European country representatives, ambassadors, organisational heads and others (the only absentee was Brussels Minister-President Rudi Vervoort who cancelled at the last minute), he emphasised the fact that having such a large number of international bodies from all over Europe on our territory represents a real opportunity. This is indeed a win-win situation for both parties  a single point of contact facilitates matters for everybody.

When foreign organisms come to Brussels, for example, they need offices and homes for their staff, and the Commissioners office is there to help in this. In the wider sense, the Brussels Region understands the importance of the European institutions for promoting both tourism and the economy.

Speaking for Europe, the European Parliaments Secretary General Klaus Welle evoked four great years of collaboration, and said that having the Commissioners office had really made a real difference.

To recall, the words of Alain Hutchinson four years ago, interviewed by ourselves when he came into this new position, he said: The desire of the Brussels Government is to operate its own policy in terms of welcoming international bodies to Brussels. Previously, this was under the umbrella of the Federal Government. But after the sixth reform of the State, it became necessary to make a change. The various bodies coming into Brussels will be able to have a single point of contact, a political representative and not an ambassador connected to the Foreign Ministry. We are trying to shorten the time between them expressing their needs, and responding to these. It is necessary to receive these bodies under the best possible circumstances  Brussels needs them  and they need someone who can furnish precise and rapid responses.