You are here : HOME > NEWS > Brabant Wallon converting its industrial past

Brabant Wallon converting its industrial past 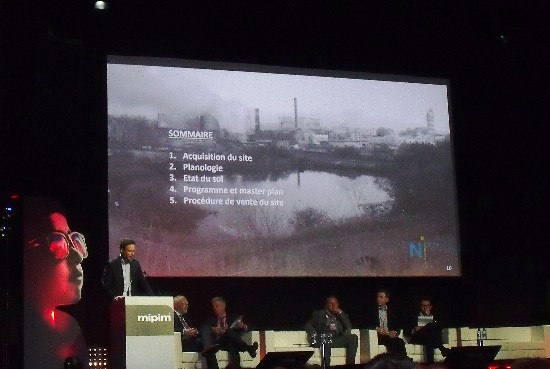 A presentation at Mipim by the Brabant Wallon region dealt with one of the topics which is very much in vogue in all countries and regions at the moment. This is the rehabilitation of former industrial sites into new uses  thus ridding the landscape of what are often ugly sites, and responding to needs for new types of use. Three projects were presented.

The first was the former sugar works in Genappe, totalling 143 hectares, and which is being put on the market for different uses. All of the former buildings have already been dismantled, and so the site is ready to be sold to developers. The project manager  Sarsi  has ensured that the legal framework for converting to other uses is in place so that potential buyers do not have to fear that their project will fail to pass the planning stage. One of the happy surprises that was awaiting Sarsi was that when they came to the de-pollution stage, there was very little pollution in the ground to be cleaned up at all.

The objective is to create mixed use district with around 300 residential units, two schools and a serviced seniors residence. There is also expected to be some 10,000 m² of offices for non-polluting and non-noisy SMEs and a green area, along with public infrastructure. All of this some 500 metres from the centre of Genappe.

The second project presented was the former Clabecq steelworks at Tubize. This 80 hectare site will be known as the Quartier des Confluents, and in view of the former steelworks use of this site (from 1781!), the de-pollution has taken years. This site will at first see around 670 residential units, all of which, it is said, will have views over the canal. This will eventually increase to 2,500 units. Some 6,000 m² will be dedicated to leisure and sports, there will be 100 residential units for seniors and a rest home. Completing the picture are some offices and a medical centre, and very importantly and centrally, the Tubize Outlet Mall (TOM). The decision to go down this route for the retail element was taken deliberately in order not to harm the existing city centre retailing in Tubize with a new traditional shopping mall.

Completing the trio is the Ilot St. Roch at Nivelles. This town is now expanding so rapidly that the former peripheral site is now considered part of the city centre. The former metal works site was heavily polluted. It will eventually accommodate 314 residential units, a small amount of co-working space,bookshop/libraries, a crèche, a public park, along with collective and private gardens. The objective is to ensure that the new district is very open towards the old city centre. Construction is scheduled to start in 2020.

Moving away from Brabant Walloon, a report on a similar ambition for a former coal mine in Visé, close to Liège, will be the subject of a separate article.