You are here : HOME > NEWS > Accenture - another major tenant for Gare Maritime 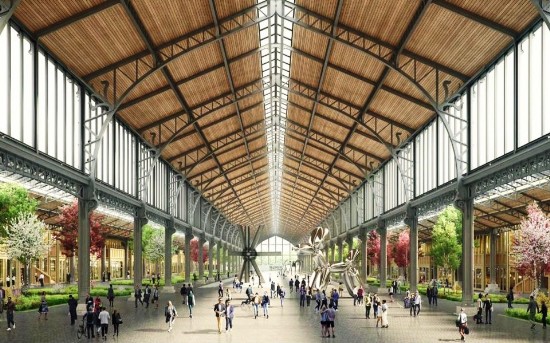 The latest phase of the vast Tour & Taxis redevelopment has been announced by broker CBRE. Global consulting group Accenture is to centralize both its Vilvoorde and Brussels entities in one single office location, totalling around 4,500 m² of office space, into the Gare Maritime building, currently being rehabilitated. It will be recalled that another major occupant  Spaces  had already signed for the opening of a co-working centre last year.

The Gare Maritime project, which started in April 2016, consists of the redevelopment of one of the former largest railway stations in Europe, now located on the Tour & Taxis site in Brussels. This mixed-used urban project, set to include a shopping street among others, is part of the wider canal zone development.

Tour & Taxis has already completed the renovation  many years ago  of its iconic Royal Warehouse and Sheds, and since then new buildings including the Brussels Environment headquarters and the Flemish Communitys building, have been erected. The underground car park is open, and the various phases of residential accommodation, turning Tour & Taxis into a veritable city district, are running their course. The large park is also developing. It should also be noted that to the rear of the site, a new railway station Tour & Taxis has also opened.