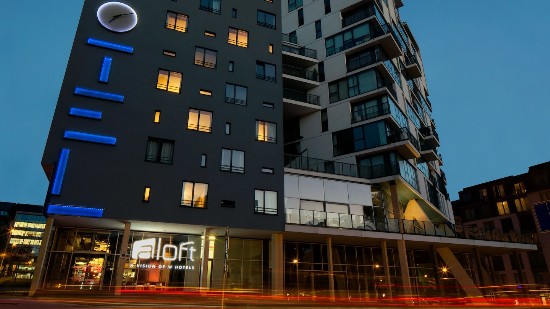 There is more news in Brussels involving hotels. The Aloft Brussels Schuman hotel is changing hands. It is being bought by a newly formed group called Silvext Hotel, which is a consortium of Extendam (France), Schroder Invest (UK) et Silverback (Lux), from Thornsett Group (UK), whose head offices are in the West End of London, but who have a Brussels office in Residence Palace, just a stones throw from the hotel. Their partners in this hotel are RevCap (UK).

On its website just a few days ago, Schroders announced that it had come to an agreement to buy Algonquin Management Partners, a European company specialising in hotel investment and management. On its site, Algonquin speaks of a significant step in the growth of Schroders private assets and alternatives business.

The Aloft hotel opened some ten years ago with an avant-garde look, and has 150 rooms. It focuses on reasonable prices and convivial common area. It is set to be completely refurbished following this acquisition. The Aloft is currently operated under a Marriott management contract.