You are here : HOME > NEWS > Xior acquisition in Leuven 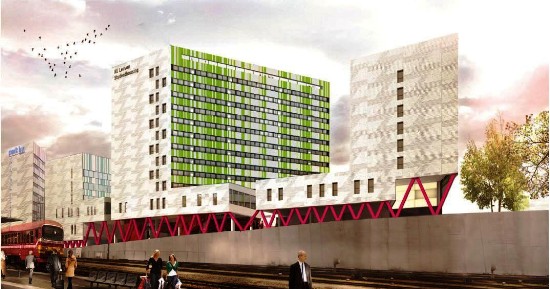 There has been another transaction in the emerging asset class of student housing. Xior Student Housing, Belgian real estate investment trust (BE-REIT) specialising in student housing in Belgium, the Netherlands, Spain and Portugal, has announced an agreement on the acquisition of the Studax student residence in Leuven, comprising 292 student rooms. This recently developed student residence (completion 2016) in Belgium's oldest student city is located near Leuven train station in the completely redeveloped Kop van Kessel-Lo area within walking distance of the centre of Leuven. There is direct access to the station platforms.

The residents of this student accommodation, points out Xior, can easily get to KU Leuven university and a wide range of city facilities (shops, the entertainment district and so on) on foot, by bicycle or by city bus. The total investment value of this acquisition is approximately  29.75 million with an expected initial yield of 5.40%. Xior negotiated the right to pay the purchase price in full or in part by means of a contribution in kind, which it did immediately. As a result of this contribution, 430,889 new shares have been issued by Xior Student Housing. The shares will be listed by 17 June 2019 at the latest. The issue price is EUR 42.00 per share (rounded).

Studax offers a number of facilities: a large roof top terrace with stunning views of Leuven, a multi-functional meeting room with Wi-Fi, television and table tennis, Wi-Fi in all rooms, bicycle storage with Velofix installation, a common laundry room.

In addition, there is support from an administrator and co-administrators (student residents), 24/7 caretaker presence, a quiet study hall during the period leading up to the exams and during the exam period itself.

KU Leuven university will continue to operate the building based on a long-term rental agreement, as it has done since the building's opening in 2016. This means that the management costs are limited, no property tax is due and there are limited maintenance costs.