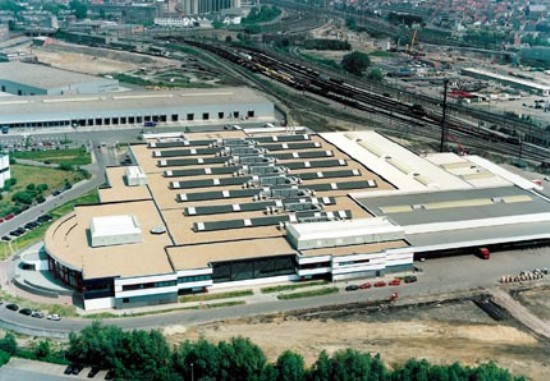 The future of the Bruxelles X postal sorting office located on the Boulevard Industriel in Anderlecht, has been made a little clearer. Following an open and transparent competition, the site has been acquired by public agency citydev.brussels. This process in its turn follows the removal of the former owner, bpost, to Neder-over-Hembeek around a year ago.

The site comprises some 25,700 m² of industrial halls, 10,600 m² of offices and a 15,000 m² car park. This is thus  unsurprisingly  the largest acquisition in a single transaction ever made by citydev/SDRB.

Where the future is concerned, there is, first of all, good news in terms of employment by bpost. The postal operator has committed to renting 18,700 m² at the site, which will guarantee 400 jobs. For citydev, the operation also means that it has its hands on a very significant plot in central Brussels (the site is only a kilometre or so from Midi station), and that it can extend its offering to companies and start-ups wishing to engage in productive activities within the city. The bpost commitment, in addition, substantially reduces the rental risk. The transaction also gives citydev a very significant presence right in this district  the two phases of Newton are just across the road from Post X.