You are here : HOME > NEWS > Baukunst at Bozar 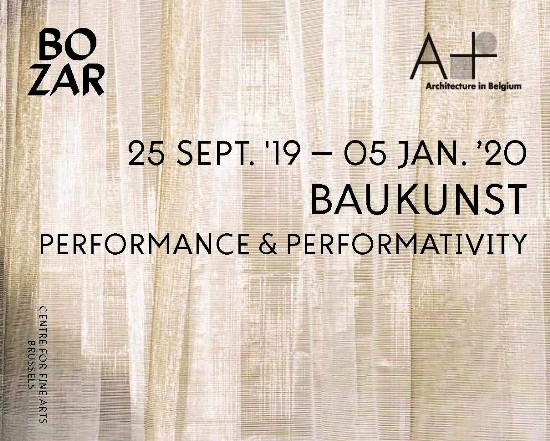 A+ Architecture in Belgium and BOZAR have announced the next exhibition in their series dedicated to Belgian architects of international reputation. This exhibition, entitled Performance & Performativity, is on the subject of the work of Brussels architectural bureau Baukunst, founded by Adrien Verschuere in 2008. It will take place at Bozar from September 25th to January 5th 2020.

As a major financial sponsor of the exhibition, the cellule.archi unit of the Wallonia-Brussels Federation says that it is delighted with the choice of Baukunst. The unit encourages the appearance of young architects by giving them the chance to take part in public architectural competitions. It is indeed within this framework that Baukunst won the La Freineuse sports centre mandate in Spa.