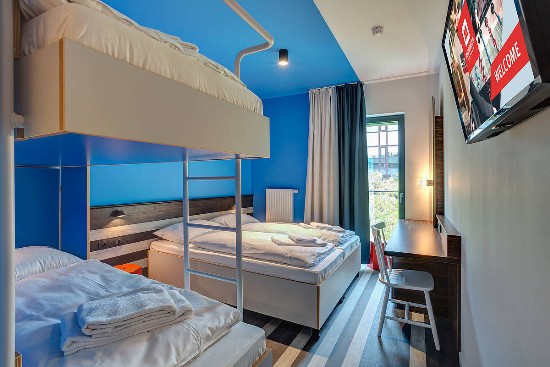 Meininger Hotels has announced that it is reinforcing its presence in Europe with the inauguration of its second hotel in Belgium: Meininger Hotel Bruxelles Gare du Midi, alongside the countrys largest national and international railway station. The operator states that located within walking distance of major tourist attractions, the 6,700m² property offers 150 rooms with a flexible room structure ranging from double rooms to private multi-bed rooms to a bed in a dormitory. The hotel also features a lounge area, a breakfast room and a bar, as well as the typical Meininger guest kitchen and game zone.

Commenting on his companys latest addition, Hannes Spanring, CEO of Meininger Hotels, says: Brussels' colourful mix precisely reflects the philosophy of the Meininger hotel group. Brussels is a magnet for tourists, not only because it's the seat of the EU, but also because of its diverse art and cultural landscape. We also feel that here. In our first Brussels hotel, the Meininger Hotel Bruxelles City Center, we were able to record an excellent occupancy rate of 96% last year. We are all the more pleased to celebrate our second opening in the city and have our accelerated growth strategy taking further momentum. Besides our strong opening pipeline with destinations like Zurich, Paris and Washington D.C. we're also reviewing more than 100 potential hotel projects in Europe alone.