You are here : HOME > NEWS > The changing world of logistics

The changing world of logistics 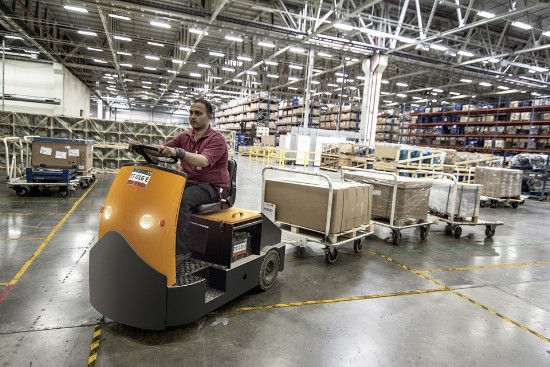 In the world of retail, the impact of on-line shopping continues to be a major topic. Focusing on the impact on logistics and writing in a recent edition of Real Asset Insight, James Wallace puts some figures to the assumptions. He starts by saying that along with e-commerce, supply chain digitalisation has a connected influence. While the upsurge of e-commerce is being led by the UK, says Wallace, forecasts for other countries including Belgium mean that the gap is likely to narrow. Quoting technology-focused research firm Forrester, he says that on-line retail sales are forecast to grow by an average of 11.7% a year over the next five years. This is calculated to mean that by 2023, more than half of computer and consumer electronics purchases will be made on-line, along with almost a third of clothing, footwear and accessories. And returning to the effect on logistics operators, he says that along with growing e-commerce, supply chain digitalisation is having an impact on operators space requirements, operational efficiency, use of labour, and on warehouse location and design. Where this last point is concerned, the result is a consolidation of space into fewer, larger units, with the aim of centralised inventory management. The emerging phenomenon is known as big box logistics, and Wallace uses major real estate developer Segro (formerly Slough Estates) as an example: Approximately 90% of Segros existing continental European development pipeline is big box warehouses.

Is there a change in thinking when it comes to logistics operations? Wallace: While many logistics operators across Europe have been relatively slow to adopt smart technologies such as automation, machine learning, advanced robotics and data analytics, this is quickly changing. An extensive survey by Altus Group found that driving efficiency through automation is a key priority for property executives, and the use of AI and machine learning is approaching a critical mass.

The article goes on to quote another major UK developer, Tritax: Occupiers are increasingly in search of specialised e-commerce fulfilment centres with high-tech, flexible space, and with warehouse automation becoming more common, they are investing more heavily in their facilities. This creates the incentive for a longer term commitment to their premises, due to the prohibitively high relocation costs and the need to amortise capital outlay over a long time period.

While the article is very much Europe-wide, there is a clear interest for Belgium, whose geographical positioning makes it a location of choice for international logistics operators. There is certainly a very positive side, with an expectation of rental and capital growth. There may, however, be a shift to logistics locations closer to city centres, which means closer to consumers and with an impact on last mile deliveries.

However, James Wallace and the sources he quotes make it clear that developers and investors have to be very careful to make sure they are on the right side of all this evolution, as any lagging behind could be very costly.
Realestate
Tim Harrup
26-08-2019