You are here : HOME > NEWS > Citygate II on the rails

Citygate II on the rails 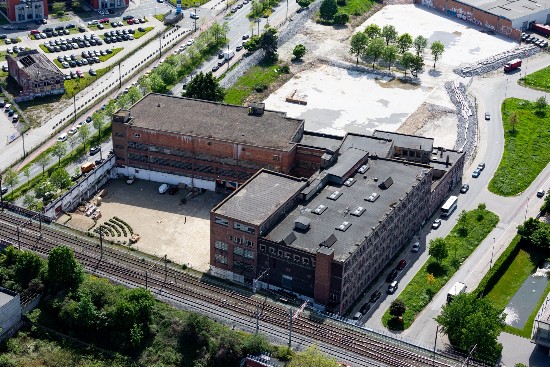 One of the most ambitious mixed use projects yet to be seen in Brussels saw a step forward in its development this morning. Joint project managers SLRB (the social housing agency) and regional development agency SDRB announced the winning architects, the timing and the configuration of CityGate II, located in the Petite Ile district of Anderlecht. This district is located in the parcel of land on the canal side of the Boulevard de lIndustrie, and is bordered by the Rue des Goujons and the Rue de la Petite Ile. It is thus close to the Gare du Midi and to other major residential developments.

As Anderlecht mayor Eric Tomas pointed out, this is a district with a complicated past, having been largely agricultural, then home to the type of industry that citys did not want in their centres in the 19th century, then to modern industry. It is now set to be a major mixed use district with all facilities included.

The ambition is indeed impressive. Some 400 residential units are scheduled (277 social and 120 subsidised), along with one or more schools, retailing, a sports centre, a library, 1,250 m² of economic activities and car parking. The former factory building which is on the site is currently being used by a number of temporary economic activity residents, a strategy dear to the heart of citydev.

Presenting the development, all the speakers strongly emphasised the collaborative approach adopted by all the players: the SRLB, citydev, the Region, the commune of Anderlecht and others. Citydev CEO Benjamin Cadranel pointed out that rather than having a classic situation where each player was looking after its own interests, the collaboration had been in the place right from the very start of the process. Brussels Master Architect (Bouwmeester) Kristiaan Borret added that within a Belgian political system which is notoriously complex, it was encouraging to see that one set of Brussels players could work together with another, in total harmony. He was also pleased to see this major part of the overall canal programme beginning to take shape  the development is within the scope of the Biestebroeck PPAS. He was also pleased to confirm that the quality of architecture for all of the functions would be maintained at a high level.

The architects to have won the call for tenders are an association of noArchitecten, Sergison Bates architects, Kortkenie Stuhlmacher architects and Aurélie Hachez Architect, with others.
The timing has so far been relatively tight: citydev first acquired the site in June 2015 and passed it on to the SLRB in February 2017; the architects were announced today, and works are set to start in April 2023 and to be finished in March 2025.