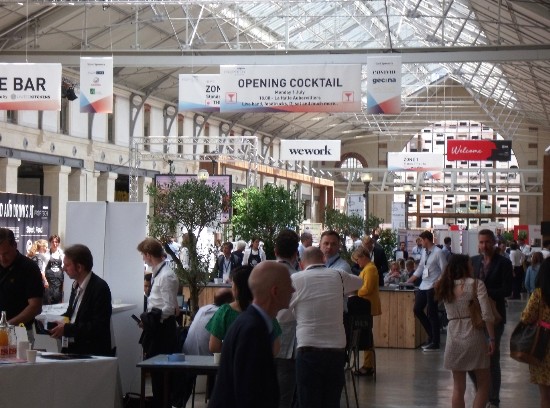 The voice of the people is becoming louder and attracting more attention in a wide range of domains, these days, and not only in politics. During the recent Mipim Proptech exhibition (photo), a presentation suggested that this phenomenon might also be making an entry into residential and urban property development and city life.

Entitled Participative programming of the built environment, the presentation looked at concrete examples. Setting the scene, Sophie Rosso, CEO of developers Quartus, said that the people know best what they want, so before developing, ask the people. This means that solutions can be developed for the people who are actually going to live there, and modifications can be integrated in line with their needs. She also pointed out that asking the right questions is important. For example, co-living is beginning to have an impact, but it is no good just asking do you want co-living? It is necessary to go into detail at the beginning of the project, and again as it develops, on issues such as the type of retailer which is desired by the occupants. Guillaume David of Made in Vote said that his company conducted surveys on social media, enabling citizens to have an impact on what is going to be built.

An example of what is being done on the ground during the operational phase and in a major European city, came from Michal Olszewski, deputy mayor of Warsaw. He said that a district of up to 50,000 inhabitants allows for a participative approach, because it enables direct contact between the inhabitants and the authorities. In Warsaw there are contact centres where citizens can express their needs; there is also an app and a human-to-human call centre. A database shows what problems exist in which neighbourhoods. Warsaw also conducts surveys to find out whether people are happy with the way things are being run.

Michal Olszewski also spoke of the local neighbour hood interactive spaces. The idea was to recreate the concept of local markets, which are so much more than simply places to buy vegetables. They are the hub of a district, where people come together. He concluded by saying that most people are silent most of the time. Only around 10% shout, but it is important to listen to the other 90% too. These participative centres and platforms enable this to happen.