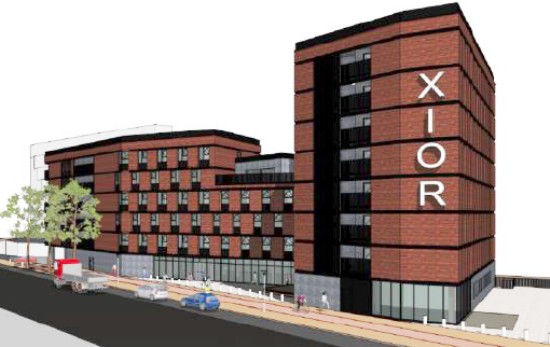 The emergence of specialised players in niche markets has been further demonstrated by a transaction in Namur. During the summer Belgian real estate investment trust Xior Student Housing, specialised in student housing in Belgium, the Netherlands, Spain and Portugal, announced that it had concluded an agreement for the development of a new student complex including at least 206 units in total (still to be optimised in the current permit process) in Namur, close to the University of Namur and the station. This represents the first steps in Wallonia for Xior, and therefore adds a new student city to its portfolio.

Baltissimo NV and Promiris NV, a developer with whom Xior has previously worked (for the project on Oudergemlaan in Etterbeek as well as Xior's entry into Portugal), are collaborating in a joint venture Baltissimo NV  Promiris NV and will be responsible for the development. Xior will acquire the shares of the real estate company concerned following the provisional completion of the project which, according to the current schedule, is expected around the second quarter of 2022.

Xior points out that Namur is characterised by a highly outdated and dispersed range of student housing, while the demand for new, well-located and high-quality student accommodation is very high. The Pôle Académique Namurois has around 19,000 students and 3,700 academics and staff members in the Walloon capital.

The development will be delivered turnkey and includes a student complex with at least 176 self-contained studios and 30 unfurnished rooms with shared facilities based on a design by architectural firm Montois. The complex will also house a retail facility (e.g. a snack bar), storage for 113 bikes and two parking spaces. This particular implementation of the project may be optimised further still, as part of the current permit process.

At present, Xior goes on to say, this student property is expected to be operational for the academic year starting in September 2022. Promiris will provide initial leasing support during the first academic year.
Christian Teunissen, CEO of Xior: We are delighted to be taking our first steps in the French-speaking part of the country, in a true Walloon student city with about 20,000 students and a high demand for good quality and modern student housing.