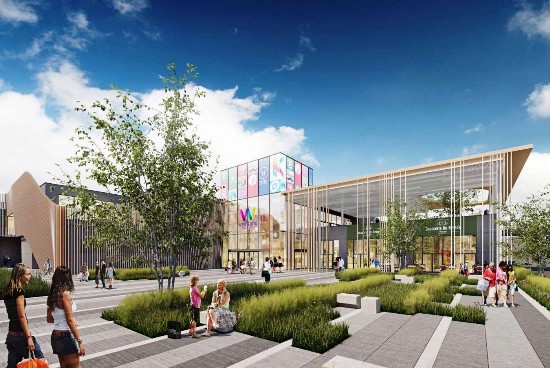 CBRE has once again been analysing the state of the Belgian retail market. It takes a close look at various segments, and we report here on its findings for High streets and Shopping Centres.

The High Street, says CBRE, has traditionally been the preferred form of shopping among Belgian consumers, but challenges are forcing cities and retailers to evolve. Belgian high streets have faced the brunt of the market transition. The convenience of out-of-town retail and shopping centres has put added pressure on city centres to boost their attractiveness and ensure commercial viability. Poor mobility and inconsistent urban planning have contributed to accessibility issues. Finally, the ease of online shopping means high streets and city centres must offer something to consumers that online does not or cannot if they wish to be profitable.

As a result of these forces, retailers are cautious. CBRE is seeing increasing demand for lease flexibility and smaller spaces, as retailers gauge market sentiment before committing significant capital. Cities also have a role to play improving retailer (and consumer) concerns and supporting their centres. Construction has caused temporary accessibility issues, particularly in Brussels (the pedestrian zone and Rue Neuve) and Antwerp (ring road and surrounding infrastructure), but will make for a better shopping experience once complete by 2020. On this point, many retailers are thrilled with the result of the finished sections.

Commercial policy has also been an area of discussion. Consumers and international retailers have been pushing for a review of store hours that would make for greater convenience and allow the high street to better compete with the 24/7 accessibility of online shopping.

Of shopping centres, CBRE has this to say: Landlords are adopting aggressive strategies to combat declining footfall and breathe new life in aging centres. Many Belgian shopping centres have found themselves in a challenging position of declining footfall. Reporting from the BLSC indicates a fall of 3.7% year-over-year in visitor numbers (as of the first quarter of 2019). Footfall recovered somewhat in the second quarter, down just 1.7% from the first half of 2018.

As a result, investors are being proactive in positioning assets to capture more of the market, tailoring the centre to its client base and developing the experience side of the offering. Two of the three major shopping centres that transacted last year are following such a programme, as are others. Westland in Anderlecht will be renovated and enlarged to 50,000 m², and Belle-Île in Liège will follow suit to a final size of 40,000 m².
Realestate
Tim Harrup
16-09-2019