You are here : HOME > NEWS > "A great transformation of Realty"

"A great transformation of Realty" 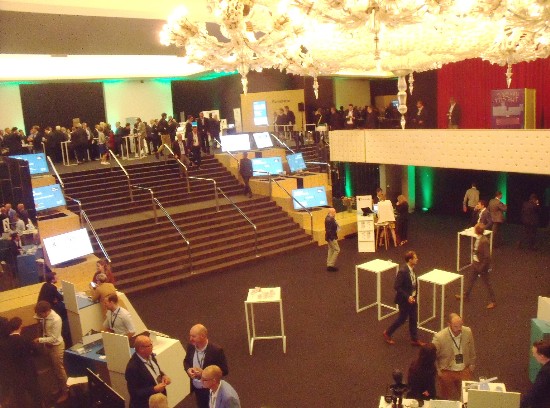 As Realty moved into its second afternoon, this seemed like the ideal time to ask its organiser Mathieu van Marcke, and some exhibitors, how they felt about the new look fair.

What are your impressions after a day and a half?
Mathieu van Marcke: Well we have made a great transformation of Realty. This was the objective we set a couple of years ago when we analysed the issues we had. First of all we realised that we needed to have more people from the local political world, we needed investors and developers. When we see the people at the fair today, they are here. The second issue was that people needed to spend more time in and around Realty. In Brussels, people tended to come just for a reception but it is now really a summit. I see a lot of people going into the casino to go to the different conferences and I am happy about this  we think its a great success. This will be the basis for the coming years.

Would you say that the accent has shifted a little bit from just selling towards the conferences and concepts?
Mathieu van Marcke: Absolutely. Today and indeed the two days of Realty are more about conferences and concepts, insights, visions and networking. The Invest Days follow Realty, and these are more about selling to individuals  so that will be a B2C concept following this B2B concept.

You dont have any of the big established brokers here  does that worry you or is that the idea?
Mathieu van Marcke: No thats not the idea. I had a discussion with (major broker named) yesterday and now that they understand the concept they are looking at it in a totally different way. To be honest, we need them, especially to attract the foreign investors.

Later on, we met with the head of the broker named by Mathieu van Marcke, who agreed that an enhanced presence by themselves was on the cards for the future, especially in the light of the last comment. He did not commit to being present as an exhibitor, however.

The organisers are clearly pleased with the outcome, so how about a few of the exhibitors? Koen van Betten, project Manager at Flemish development giant Kairos, said that the fair had been going well, with quite a few visitors in the morning and more on the first afternoon and evening. He felt that visibility was good. He confirmed that Realty and Mipim are the only two such events at which Kairos participates.

For Eox Construction, based on the Avenue Louise in Brussels, Arnaud Delacroix stated that he was pleased with the layout, which saw all of the exhibitors at the beach part of the show accommodated in the same type of container, and thus with the same degree of visibility. He was a little disappointed, however, with the smaller number of visitors compared to last years event at Tour & Taxis, which had been in a larger space. His company will review its participation for next year, given that Realty also represents a certain level of budget.

On a stand inside the casino building itself, Josefien Vanhuyse of C-Site was also pleased with her positioning close to the conference halls. Clients and prospects were therefore passing by all the time. C-site is based in Ghent and has a system which allows developers and constructors to remotely see what is going on at their worksites.
Realestate
Tim Harrup
23-09-2019