You are here : HOME > NEWS > Architectual exhibition opening at Bozar 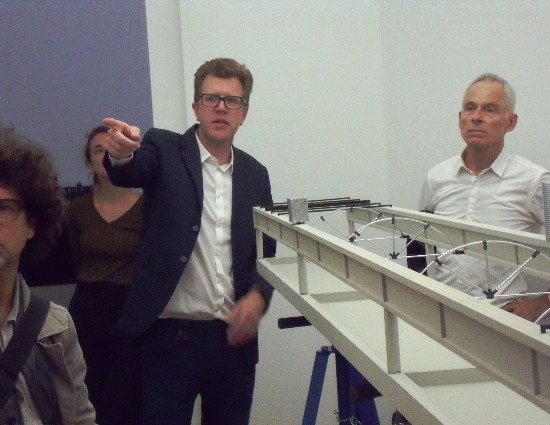 Adrien Verschuere, the founder of Brussels-based architectural bureau Baukunst, has just given a preview of his companys exhibition, set to open on Wednesday and run until January 5th at Bozar. The exhibition is called Performance and Performativity.

What makes this exhibition particularly interesting is the philosophy behind the firms view of architecture and its interconnection with the world in which we live. Adrien Verschuere spoke of the firms fascination with other disciplines such as cinema, art and form, and with the perpetual exchange between domains. He explained that he firms name is a mixture of Bau (build) and Kunst (art). He thus sees the firms work as being at the border between architecture, science, technology and form.

In particular, the exhibitions models and images help to make visible that which is normally invisible  the workings, the mechanics of objects. The firm likes to look at the way different things are put together, and sees architecture as a frame for life.