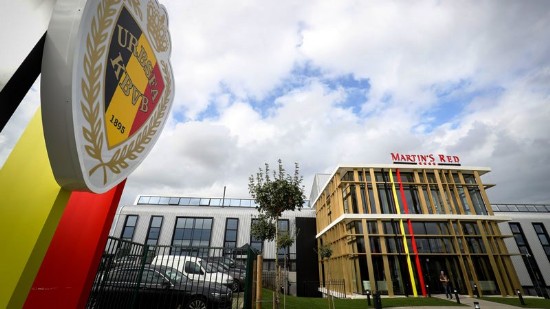 Tubize is back in the news again, following the announcement of the Quartier des Confluents. The town, which is attempting to rebuild its economic and social fabric following the disappearance of the steelmaking industry, is being proposed as the site for the new national stadium.

The person making this proposition (as detailed in the DH and Le Soir) is Jean-Luc Crucke, Walloon Minister for Infrastructure. The site in question, between Tubize and Hal, is already home to the national football teams training centre, and from this point of view is highly logical. It is also on the frontier of Wallonia and Flanders Quoted by Le Soir, Jean-Luc Crucke says he will work on this idea with Flemish Sports Minister Ben Weyts, before the end of the year. Also quoted by Le Soir, Belgian Football union president Mehdi Bayat says: This proposition shows that the political world is not insensitive to the issue of the national stadium. It is even ready to be proactive. While still preferring the solution of renovating the existing Roi Baudouin stadium at Heysel, he confirms he is open to all ideas.
Realestate
Tim Harrup
26-11-2019