You are here : HOME > NEWS > New citydev project in Molenbeek 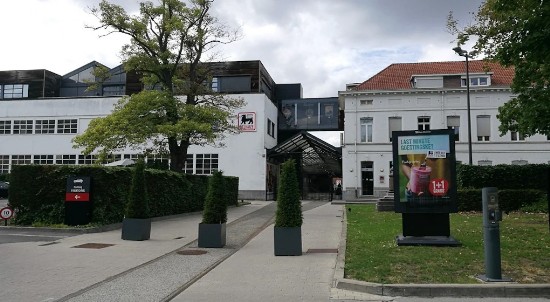 The latest acquisition by citydev.brussels is set to see a major development in the Osseghem district of Molenbeek in Brussels. The organism has just officially confirmed that it will acquire the 4.4 hectares of land around the administrative offices of supermarket chain Delhaize. These offices are being moved in phases to the supermarkets distribution centre at Zellik. It is expected that the services will have been totally relocated by 2022.

The site will be used by citydev to accommodate (alongside a new and modern Delhaize supermarket) light production activities, residential units, public areas and substantial public facilities.

The two parties to the transaction have this to say: This acquisition fits in fully with the mission of our institution. This represents an opportunity to develop an exemplary mixed use urban project and to harmoniously integrate productive activities into the urban fabric, along with affordable, quality housing. (Benjamin Cadranel, CEO citydev).

Delhaize is delighted to have come to an agreement with citydev, who showed themselves to be highly flexible in accepting the essential elements for Delhaize, which include temporary occupation, the maintenance of the historic elements of the central building, and anew supermarket on the site. (Xavier Piesvaux, CEO Delhaize).

Brussels Region minister-President Rudi Vervoort is also pleased at the prospect of a new, sustainable city district, designed for its inhabitants and close to the West Station.
The preliminary sales agreement is scheduled to be signed this week.