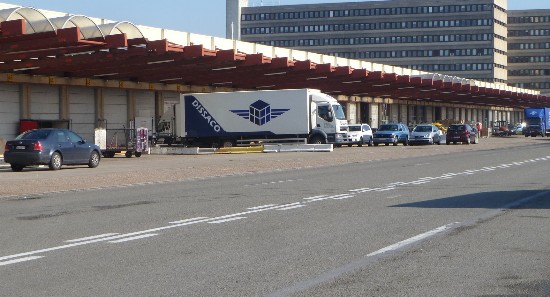 The 2019 end of year analysis of the logistics and semi-industrial segments by real estate advisor JLL reveals a good year, with all that may mean for the economy in general. When the final figures are in, a total of 2 million m² of space is expected to have been transacted, which is around 100,000 m² higher than in 2018, and 11% ahead of the 5 year average. In logistics alone, which accounts for just under a half of the twin segment total, the 930,000 m² transacted is 15% up on the previous year and a full 25% up on the 5 year average.

Remaining with logistics, the average deal size was also up, to 15,600 m² against a 5 year average of 13,300 m². As logistics space is very specific to its users, some 62% of the transactions last year were in build-to-suit and 85% of the top 10 fell into this category.

In geographical terms, the most favoured regions were the Antwerp-Brussels and Antwerp-Ghent axes, confirming the crucial role of this golden triangle. Antwerp-Ghent saw 200,000 m² of logistics space transacted, more than 50% up on last year and on the 5 year average, while Antwerp-Brussels was slightly down but still the highest in terms of figures at 215,000 m² transacted. Among other axes, Wallonia (Mons-Charleroi-Namur-Liège) put in a strong performance last year, its 187,000 m² being more than double the 5 year average, and not far short of the traditional leading pair.

The largest logistics transactions of the year, JLL finds, were at the Port of Zeebrugge (78,000 m² acquired by Lingang), at Beringen (75,000 m² leased by Kuehne + Nagel) and at Lokeren (60,000 m² leased by Barry Callebaut). Looking forward, there is very little speculative development  for the reason outlined above  but demand for new state of the art logistics properties is expected to remain high. JLL also believes that warehousing will become more sustainable (carbon-free, energy-neutral, focus on worker well-being) and increasingly multi-modal. Cross-docking facilities and last mile depots will also become more important.