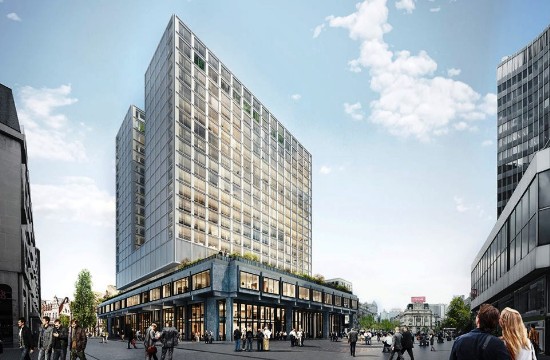 It is not all plain sailing for one of the latest stars of the shared workplace domain. American giant WeWork was set to make its largest move yet in Brussels, by leasing some 16,000 m² in the Multi Tower (the former Philips building) at the Place de Brouckère in the centre of the city. This transaction will not now take place.

This story is reported by newspaper LEcho, which contacted the head of the company redeveloping the twin tower complex  Frederic Van der Planken of Antwerp-based Whitewood (asset and property management). His response was uncompromising if somewhat lacking in detail: By mutual agreement we tore up the contract on Wednesday, without prevaricating any further and without spending months discussing any possible damages to be paid. This is a pity because I think the new CEO designated by the shareholders is the right person and is going in the right direction with WeWork. But in view of the timing and the revised development programme, the lease transaction on the table was simply too big for them to be maintained whatever the cost, as things stand at the moment.

WeWork has a number of centres in Brussels  it has recently opened at Belliard, the Botanique and the Rue du Commerce. The company had been planning to double the 20,000 m² or so that its current centres in the city represent. But just a couple of months ago at Mapic, the international retail show held in Cannes, the company announced that the expansion plans were being put on hold. The latest news appears to be  virtually in one single action  the concrete result of this decision.