Housing - from the old to the new 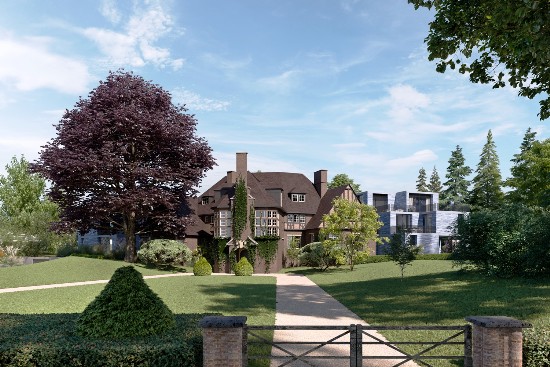 As a demonstration that it is not just obsolete office blocks which can be transformed into residential accommodation, developer Codic has revealed plans to create a complex of 30 housing units to be named Villobar, based around an elegant villa at the corner of the Avenue de Tervueren and the Avenue du Marquis de Villalobar in Woluwe. This location is thus very close to the Parc de la Woluwe and just a short drive or tram ride to the centre of Brussels at Montgomery. The original villa was constructed as a residence in 1936 by architect Jean Hendrickx, but has since been transformed into offices and seen other buildings appear in the grounds. Codic are planning to return the villa and its surrounds to residential use.

In concrete terms, the plans schedule rehabilitating the existing villa and adding two new constructions in the same style. The villa will house six apartments and the other buildings ten each. The remaining four (to make up the total of thirty) will be in the adjoining property which is also part of the project. Each apartment will have a private garden and a terrace or a balcony. The underground car park which accompanied a previous transformation will be retained, and used as cellars, storage space, bike parking and car parking (43 spaces).

The choice of architectural partners has also been made with the history of the building in mind. The buildings will be designed by Metzger & Associés Architecture Ma², whose renovation work in particular includes the magnificent art deco Villa Empain on the Avenue Franklin Roosevelt. The landscaping also benefits from a designer with a track record in iconic buildings. Atelier Eole was, for example, responsible for the gardens of another art deco icon, the Musée Van Buuren close to the Churchill roundabout.

Where timing is concerned, the start of the public enquiry phases was last week, and detailed scheduling will of course depend on the findings of these stages.
Realestate
Tim Harrup
16-03-2020