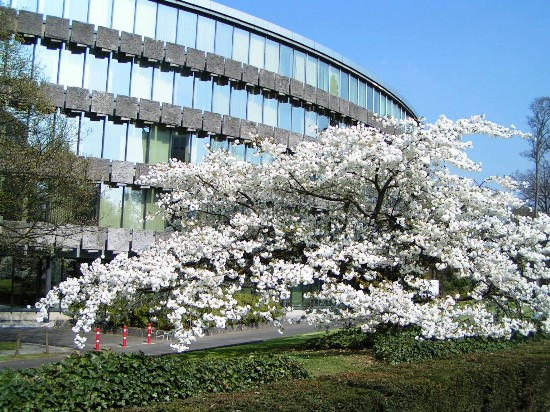 One of Brussels most iconic buildings  and arguably the most recognisable from the air  has changed hands. Advised by CBRE, the Glaverbel building has been sold by UBS. The acquiring party is Buysse & Partners, an investment group active in Europe and Latin America. UBS Asset Management's Real Estate & Private Markets business actively manages investments of around 112 billion dollars globally and regionally within Asia Pacific, Europe and the USA, making it one of the largest asset managers in real assets worldwide

The listed building is located on the Chaussée de La Hulpe in Watermael-Boitsfort and benefits from excellent accessibility. It is around five minutes drive from the Brussels Ring, virtually alongside Boitsfort railway station, and has a tram line running past the front door. The European district of Brussels is directly reached via the Chaussée de La Hulpe / Boulevard Général Jacques / Avenue de la Couronne.

Built in 1964, the building primarily served as glass manufacturer Glaverbels headquarters. It totals 30,598m² of office space and also includes 574 car parking spots. The Glaverbel building is over 90% occupied. The building has in the past accommodated many prestigious companies including, from the real estate sector, CFE and Befimmo before the move of this latter to the Chaussée de Wavre in Auderghem. There have been attempts in the recent past to rename the building to detach it from its initial occupier, but as with other icons (Royal Belge...) traditional names tend to stick.