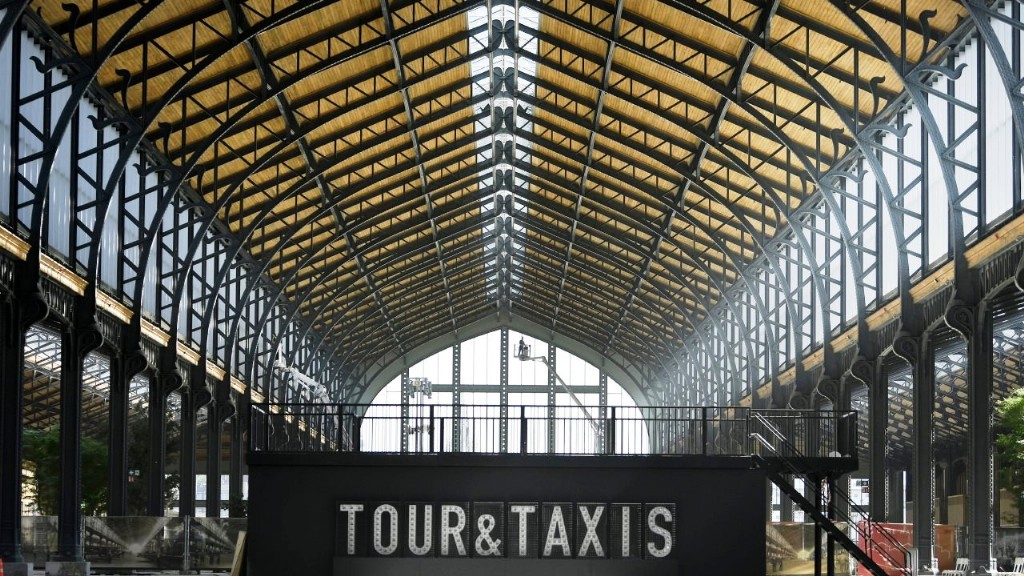 The latest evolution in the very long project to turn Tour & Taxis into a complete city district took place this week. The fourth of the major historical buildings to be renovated, the Maritime Station (following the Royal Warehouse, the Sheds and the Hôtel de la Poste) was finally inaugurated.

The building itself is extremely impressive through its size  280 m long, 140 m wide and 24 m high. Following its renovation, this construction from the very beginning of the 20th century now accommodates 12 wooden blocks in which are to be found retail outlets and workspaces, set around a large central open hall with gardens. This central space will in time be home to public events. Designed by developer Extensa in collaboration with Neutelings Riedijk Architecten, the Maritime Station has already attracted major tenants including Accenture, Publicis, Collibra and Spaces.

As an exemplary demonstration of the marriage of the old and the new, not only has the renovation of this historical building included wood and the re-use of materials recovered from the original construction, but it also features the fitting of solar panels. And this is not just a token gesture, but a very major piece of engineering, as no fewer than 17,000 m² of panels are in place on the roofing (the equivalent of around 12 floors of a modern office tower). Made up of a staggering 9,750 panels, the Maritime Station will produce 3 million kW hours of green electricity per year. Explaining the thinking behind the system, Maarten Michielssens, CEO of EnergyVision which installed the panels, said that nowadays, almost all (98%) of energy produced by solar panels on buildings is consumed on-site, rather than being injected into the grid as was the case during the early days of the trend. He also said that the panels here are oriented east-west, which means that energy is produced during working hours. And the system is nevertheless connected to the grid for traditional supply if required at night.