You are here : HOME > NEWS > Go-ahead for Namur Law Courts 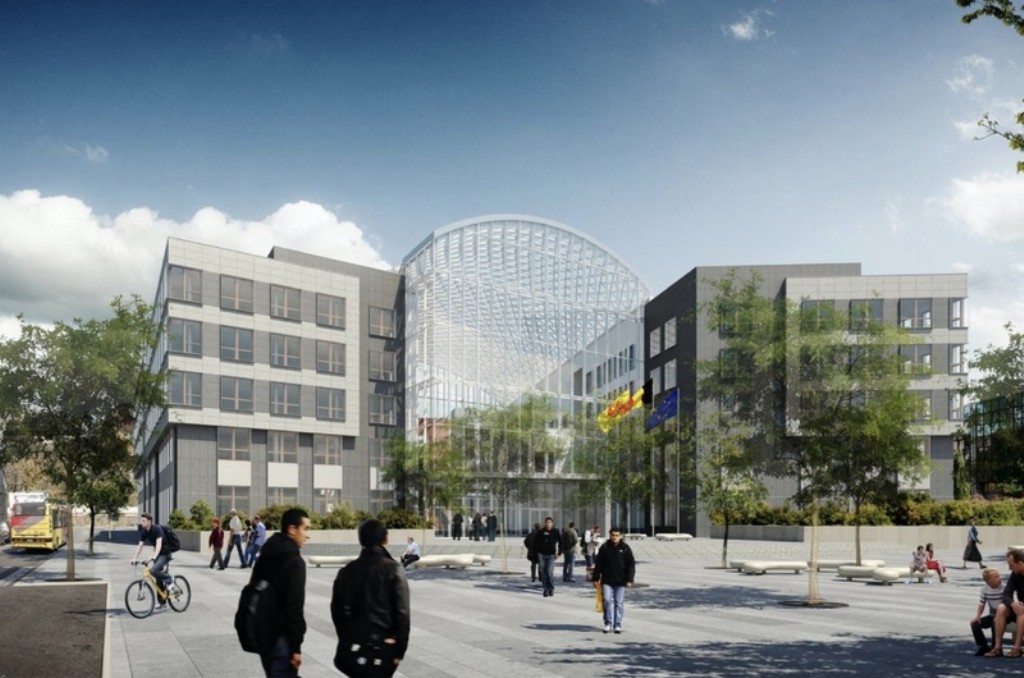 The Council of Ministers has just given its approval to designate a contractor for the construction of the new law courts building in Namur. The construction of this facility will be in the form of a public-private partnership, and the private element is made up of AG Real Estate, CIT Blaton and BPC (CFE group.) Once the contractors have received all the necessary information, it is hoped that building works can start as early as this September. The legal services are scheduled to move into their new premises during the first half of 2023. Once complete, the owners will benefit from an 18-year lease with purchase option from the legal authorities.

This move is described as necessary by the buildings agency (Régie des Bâtiments) as the Namur judicial personnel is currently housed in various different buildings. These no longer conform either to modern requirements or to the amount of space needed for efficient functioning. The building will accommodate the assizes court, the high court and other courts, the office of the attorney general, the youth services and police services, the barristers administration and other allied functions.

The new Namur Law Courts will be constructed on the site of the Leopold Barracks at the prolongation of the entrance to Namur via the Jambes bridge. The complex will extend to 34,652 m² on a 3.6 hectare site. It will be in the form of an island block, with a glass-roofed waiting room in the centre and the courts around it. The building will be oriented towards the neighbouring park and will be accessible on foot from the centre of Namur.

The offices of the various services will be located on the upper floors and will benefit from secure circulation routes. The personnel will also have the use of 79 car parking spaces.
Realestate
Tim Harrup
12-06-2020