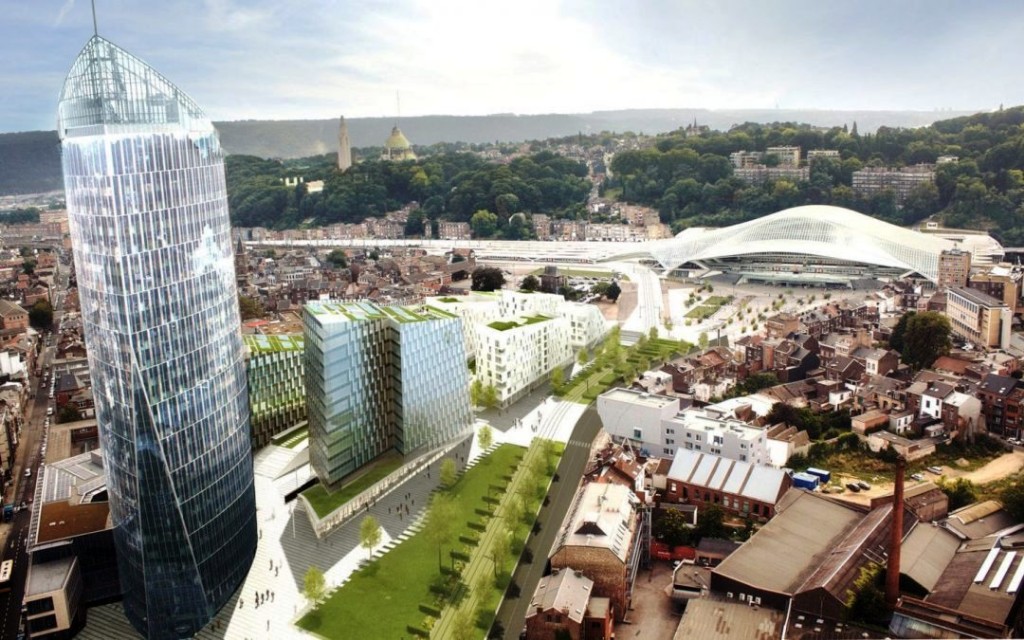 Provincial cities in Belgium are keen to upgrade their facilities in order to attract both economic activity and new residents. Within this context, both Charleroi and Mons have recently been in the news.

Now it is the turn of Liège to announce a major new project. Through its inter-communal association Ecetia, which covers 35 communes in the province of Liège, the city has just issued a call for tenders for a large parcel of land in the immediate vicinity of Guillemins station. This is for a project involving residential and office buildings on the former Balteau site located between the Rue de Paradis and Rue de de Serbie. The winning candidates will be required to design, construct, finance and market the project. Candidates have until July 13th to submit their offers, and the contract will be allocated at the beginning of next year.

In its initial configuration, the project is set to include 54 apartments totalling 5,700 m², 56 parking spaces and 540 m²of office space in two zones. A further 300 m² of offices may follow.

This part of Liège, a few hundred metres from the historic centre of the city (Place St. Lambert/Cathedral/Carré ) has been the subject of a great deal of development over the past couple of decades. The Calatrava-designed railway station was the pioneer, including redesigning and clearing the forecourt, followed by the Finance Tower, the pedestrian walkway across the Meuse via the Ile de la Boverie, to the Médiacité shopping centre. Other buildings have emerged, and this project will add another large piece of the jigsaw. When his company was developing Médiacité, Peter Wilhelm (Wilhelm & Co.) used to boast that the new walkway would make it possible to get from Guillemins station to the shopping centre in nine minutes. This may be for the more athletic among us, but it does demonstrate the strategic importance of this section of the city.
Realestate
Tim Harrup
24-06-2020