You are here : HOME > NEWS > First phase of La Strada soon to be completed

First phase of ‘La Strada’ soon to be completed 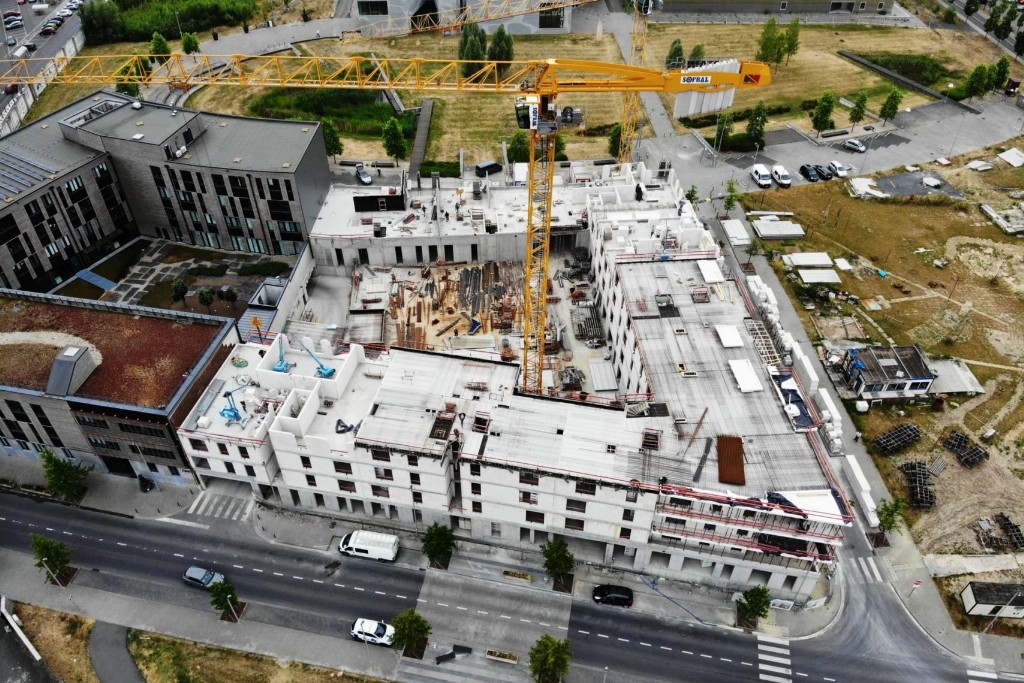 The ambitious project to rehabilitate the centre of La Louvière with a mixed use complex  La Strada  has not been much in the news over recent times. Now, however, architects DDS+ have given an update on this Wilhelm & Co. development.

As the photo shows, works on the former industrial site are progressing well and it is expected to complete the construction of the first phase by the end of this year. The overall site extends to no less than 16 hectares which include the former Boch factory and the Keramis Museum of Ceramics. The complete project will be structured around a shopping and leisure centre. There will also be a one hectare park and an events hall.

This first phase will see 96 apartments of one to three bedrooms along with shops on the ground floor along the aptly named Rue des Emailleurs (Enamellers). The apartments overlook the park and the museum. A green area to the interior of the lot is one of the features of this development. In architectural terms, reference is also made to the past history of the site, the principal façade being faced with white tinted enamelled bricks. The support columns of the loggias receive the same treatment, while the lower part is in natural stone.
Realestate
Tim Harrup
25-06-2020