2.000 civil servants of Brussels Region to move and be housed in the Silver Tower 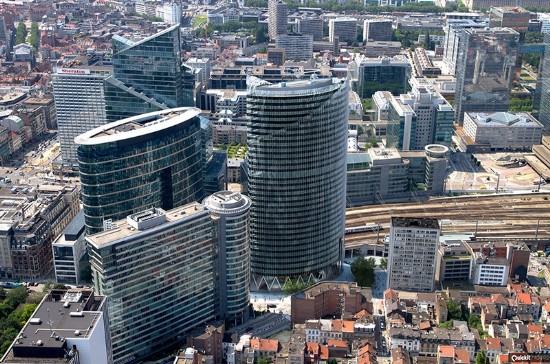 There is a great deal of movement with regard to the Silver Tower, a building which was in AG Real Estates books for a long time, but which is now to be constructed by Ghelamco. It has been announced that the Jaspers-Eyers designed building will accommodate some 2,000 members of the Brussels Region public administration.

The Silver Tower, which is not yet built but is scheduled to be available from 2020, will comprise around 33,600 m² of office space, and is located just past the railway bridge behind the Place Rogier, across the road from the Botanic Building. It was selected by the Brussels Region in front of other contenders including WTC IV, Multi Tower, Möbius and Whitewood. The location very close to the North Station (which WTC IV can also boast) is thought to have been a deciding factor, along with the financial considerations.