You are here : HOME > NEWS > Third Fablab opened by citydev 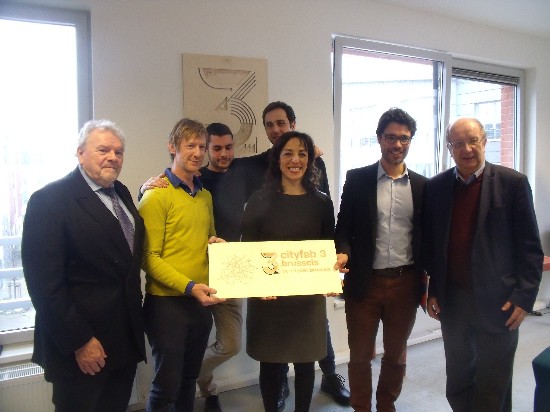 The official opening of citydev.brussels third Fablab  Cityfab 3  has just taken place. It is located in the Cityline complex, close to the South Station and opposite the former Veterinary School in Anderlecht. Covering two floors, Cityfab 3 extends to a modest 365 m²

The site is home to a number of small enterprises, active in small-scale manufacturing using digital techniques in particular. Among other benefits, these start-ups are able to rent high cost machinery made available by citydev, by the hour, the day

Citydev Director General Benjamin Cadranel pointed out that this is the third Fablab opening in under a year, and alluded to the way in which initiatives such as these help to build a more integrated district and city, through bringing a mix of functions. They also help to develop new skills among those using them and contribute to the mission of citydev, which is to provide value for the Region, working with the private sector and universities among others. It also creates employment in the districts in which it launches initiatives such as this. The ambition for Cityfab 3, he said, was to produce materials which could then be used by architects and others. Within this context, laser cutting, high power water jet cutting and 3D printing were some of the activities taking place on the site. All of this, Benjamin Cadranel went on to say, within a district undergoing mutation.

Speaking on behalf of the Brussels Region government, Secretary of State Fadila Laanan said that the initiative all helps to increase the attractiveness of Brussels as a location. She also spoke of social inclusion, new technologies and facilitating access to industry, along with the opportunity for sharing resources and knowledge.