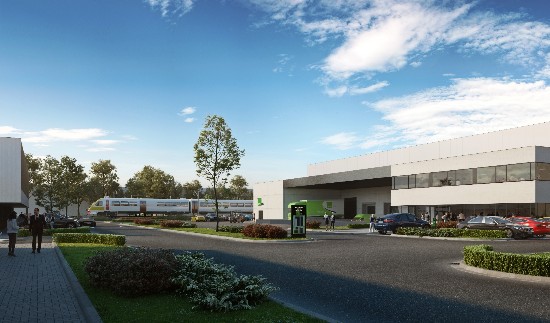 The Parc de lEurope, to be located on the former Philips site at Wavre, has passed an important stage in its administrative process. The project had been the subject of controversy, but a few days ago the local inhabitants, shopkeepers and the developers (BVI) came to an agreement.

Located along the Boulevard de lEurope in Wavre, one of the concerns previously expressed was from the towns of Ottignie/Louvain-la-Neuve, which feared harm being done to their local shops. This had led to the single permit granted in February 2018 being withdrawn by the Walloon Region Appeals Court in December, replacing it with a modified version. The towns involved in the appeal have now decided not to protest against this new permit.

The Parc de lEurope will see some 12,000 m² of space dedicated to SMEs for small scale production, storage and distribution. There will be 6,000 m² of office and co-working space and 9,000 m² of retailing. Where the retailing is concerned, a number of measures have been included to protect local shops. The units will have to be of a minimum of 1,000 m² and certain types of activity will not be allowed: clothing, shoes, supermarkets, cafes and restaurants. Multi-product shops will not be allowed either. And the developers will contribute to the annual advertising budget of the Wavre retailers association.

Demolition of the existing buildings will take place this summer, and construction will start in September. The project is scheduled to open in September 2020. The park is expected to create 500 jobs.