You are here : HOME > NEWS > PUL on the move again

PUL on the move again 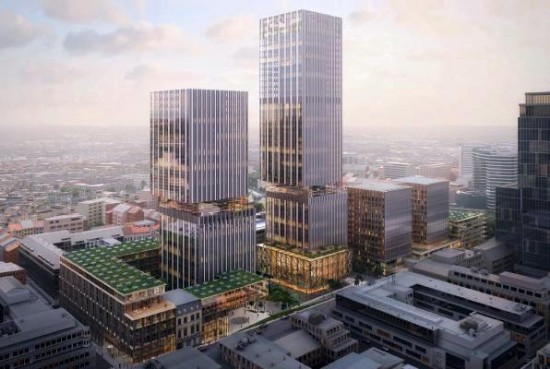 An architectural competition whose results were announced during the summer may see the Projet Urbain Loi beginning to move after having been at the planning stage for many years. Rafael De La-Hoz Arquitectos & Perkins+Will UK Limited were named as the winners of a competition for Loi 130.

Loi 130 is a European Commission project to create a new public area with shops, a visitors centre and crèches. To be developed between 2025 and 2035, this major project will enable a part of the buildings stock of the Commission to become Nearly Zero Energy.

It will be recalled that the objective of the Projet Urbain Loi is to break up the corridor effect of the Rue de la Loi, making it horizontal as well as vertical, and to bring a mix of functions into a district which is currently almost entirely offices. In particular, the creation of new public spaces to the interior of the blocks is envisaged. The project is set to be structured around three axes. The first of these is the addition of more residential accommodation, shops and public facilities around the boulevard itself. Then comes the zone around the Maelbeek valley, which will also see new functions added to the existing offices. The final axis is the central zone where it is desired to see residential accommodation becoming the principal function. One of the guiding principles is that the buildings have a smaller footprint on the ground, leaving more of the space open to the public.

The Loi 130 project and those it defeated will be on show at the European Commissions visitor centre this month.