You are here : HOME > NEWS > Street art in context 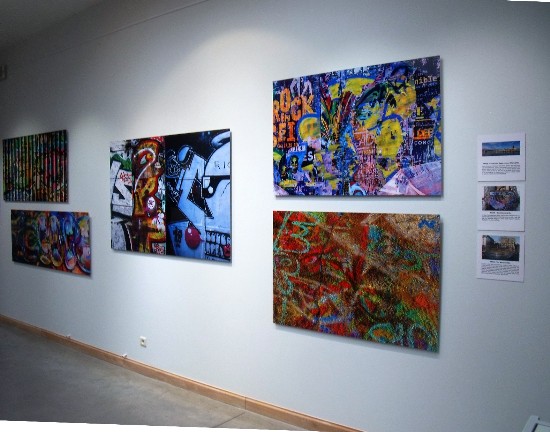 Developers have been inviting temporary occupation of their buildings while awaiting renovation or reconstruction, for some time now. In certain cases this has included street artists who are asked to decorate soon-to-be-demolished walls.

Atenor has taken a completely innovative look at the phenomenon of street art, seeking out examples of it on totally derelict buildings in the cities in which it operates. It thus asked photographer Benoît Feron to find the best examples of street art in Berlin, Brussels, Budapest, Bucharest, Lisbon, Luxembourg, Paris, and Warsaw.

There is a particular twist to this exhibition, however, insisted upon by Atenor CEO Stéphan Sonneville himself. The most aesthetically pleasing details of the works are photographed and mounted as works of art in their own right. But alongside them in the gallery are macro photographs of the entire building or site, along with a description of when and why the place became derelict, what it used to be in the past, etc. This brings a degree of context and of understanding which a mere photograph of graffiti cannot.

The exhibition, named Art for Cities opened a few days ago at the Arthus Gallery located just off the Rue du Bailli in Ixelles, only a hundred metres or so from the Place du Châtelain. It will continue until November 9th, and will then move in to the other cities involved in the works, next year.