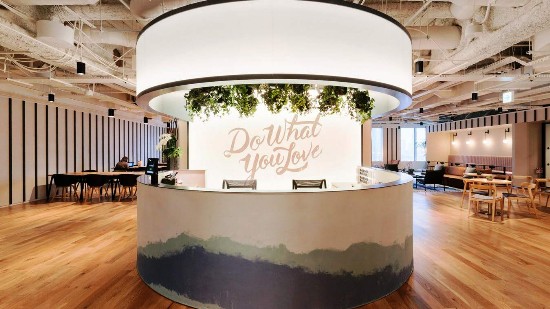 Not for the first time, some of the news coming in involves the growing popularity of shared workspaces. The latest transaction concerns an agreement under which SoftBank has committed to provide significant funding to shared workspace operator WeWork. This includes 4.5bn in new financing and the launching of a tender offer by SoftBank of up to 2.70bn for existing shareholders. Additionally, SoftBank will be accelerating an existing commitment to fund 1.35bn SoftBanks fully diluted economic ownership of WeWork will be approximately 80%. But as SoftBank will not hold a majority of voting rights at any general stockholder meeting or board of directors meeting and does not control the Company, WeWork will not be a subsidiary of SoftBank, but an associate of SoftBank.

Masayoshi Son, Chairman & CEO of SoftBank Group Corp. comments: SoftBank is a firm believer that the world is undergoing a massive transformation in the way people work. WeWork is at the forefront of this revolution. It is not unusual for the worlds leading technology disruptors to experience growth challenges as the one WeWork just faced. Since the vision remains unchanged, SoftBank has decided to double down on the company by providing a significant capital infusion and operational support. We remain committed to WeWork, its employees, its member customers and landlords.

In connection with the agreement, WeWorks Board will appoint Marcelo Claure, Chief Operating Officer of SoftBank Group Corp., to the position of Executive Chairman of the Board of Directors of WeWork, effective upon closing of the accelerated 1.35bn payment commitment.
He adds: As important as the financial implications, this investment demonstrates our confidence in WeWork and its ability to continue to lead in disrupting the commercial real estate market by delivering flexible, collaborative and productive work environments to our customers. I look forward to helping WeWork realize its vision for the benefit of WeWork employees, members, landlords and communities worldwide.

The comments of the interested parties, along with the transaction itself, throw up interesting and meaningful questions relating to the whole office sector. Firstly, with so many newcomers in the ring (WeWork has already increased its centres in Brussels to four), can they all manage to generate enough business simultaneously to stay in financial health? And secondly, just how far will this disruption go? On this point, a comparison with another major company cost centre  vehicle fleets  is relevant. Exterior fleet management companies argue that every company has a core business, but this is certainly not looking after a fleet of cars. Along with this, more flexible lease terms are being demanded, so that employees are not stuck with the same car for three years. The same philosophy appears to be rapidly making its way into the office sector; Do you really want a 3-6-9 year lease on the same building, come what may? Shared workspaces offer short leases and a variety of locations.