You are here : HOME > NEWS > Finance Tower heading for Koreans? 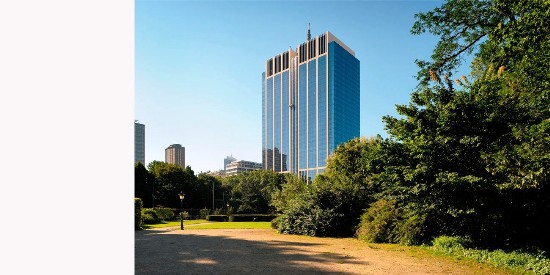 It is being reported that the deal of the year is finally being agreed on the Belgian real estate market. Bloomberg has stated that Korean consortium Meritz Securities is negotiating the purchase of the Finance Tower, located opposite the Botanical gardens, from Dutch owners Breevast. As reported by Philippe Coulée in LEcho, which relays the news, the building is occupied by the Federal Finance department under a long term lease now set to run until 2034  at an annual rental of over 50 million Euros. Other figures mentioned in the newspaper are the purchase price by Breevast in 2001 ( 276.5 million) and the sales price now being negotiated ( 1.3 billion). A back of an envelope calculation, without taking into account any details, thus reveals a yield in the region of 4%.

The building itself will legally be housed in a new Belgian company named Finance Tower Belgium which, the Echo also reports, may invest not only in this building but in the adjacent Door Building and Parking A. These also form part of the buildings occupied by the Belgian State.
The statutes of this new company have been lodged with the authorities, suggesting that the deal is imminent.