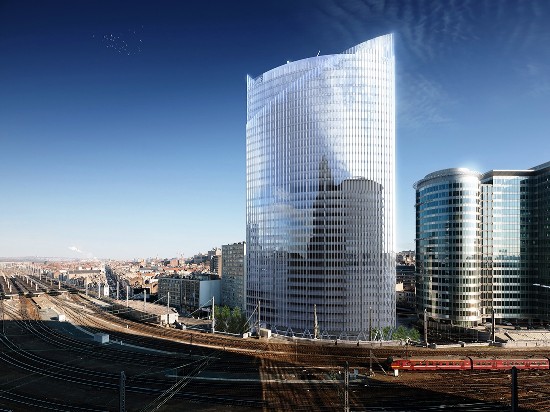 Real estate advisor and broker JLL has just held its comprehensive annual press conference. All the results of the year just finishing, along with the outlook for next year, in each major real estate segment, were presented. In the first of a number of articles, we look at the exceptionally good performance (breaking records) of the office take-up and the overall investment markets. These performances were achieved, as CEO Jean-Philip Vroninks pointed out, within the context of a mediocre economic environment.

Investment, once the year is finally completed, is expected to reach what JLL calls a stratospheric high of 5.5 billion Euros. While this of course includes the deal of the year (1.3 billion Euros for the Finance Tower) it is still very substantially above the 5-year average of 3.5 billion Euros. Even without the Finance Tower, investment in offices is expected to finalise at 4.2 billion Euros. Retail, Retirement Homes and Industrial make up the rest of the investment results, at 700 million, 502 million and 363 million Euros respectively. JLL also points out that Brussels remains cheaper than other major capitals, and this may lead to yields compressing further in 2020  they have currently reached (for offices) just under 4%.

And next year, the Silver Tower (Ghelamco, Brussels North District) let to the Brussels Region, is likely to beat all records in terms of yield. Finally, property investment is expected to continue to benefit from the low interest rates.

JLL points out that the central districts (CBD) account for 45% of all take-up, but that the boundaries between sub-districts are vanishing. Corporates and institutions are looking for accessibility, visibility and sustainability above the desire to be specifically in the Leopold, or North, or Louise. district.

Returning to co-working, the 63,450 m² taken up in 2019 represents a decrease of 12% on the previous year, spread across the same number of transactions  15. JLL says that nevertheless, co-working is continuing to expand, and this despite some bad buzz surrounding WeWork. On the subject of this company, the opinion is that while it is clearly very healthy, it may have been expanding a little too quickly. And buildings that are 100% occupied by co-working operators are difficult to sell.

Take-up, along with the ongoing limited speculative development, has driven vacancy in the much sough-after CBD down to a new historic low of 2.9%. Outside the CBD it is 14.3% and overall vacancy in the Brussels Region stands at 7.2%.

The pipeline of projects in the CDB includes the CCN (North Station)  80,000 m² and the Louise Tower (Generali)  27,000 m². Cortenbergh 158 is currently the only other known CBD project at 15,000 m² or above. Airport Plaza II and Park 7 (3M) are the only speculative projects of any size elsewhere, both at the airport. Rental values are largely stable, with prime rent at  315/m²/year in the European district, and other CBD districts in the  245-275 range.

Looking forward, JLL believes that 2020 take-up could reach 400,000 m², that vacancy may temporarily increase due to some deliveries, and that the Louise Tower could see a rental level of  300/m²/year on the Avenue Louise for the first time.
Realestate
Tim Harrup
18-12-2019
Tweet