You are here : HOME > NEWS > Acquisition in European district 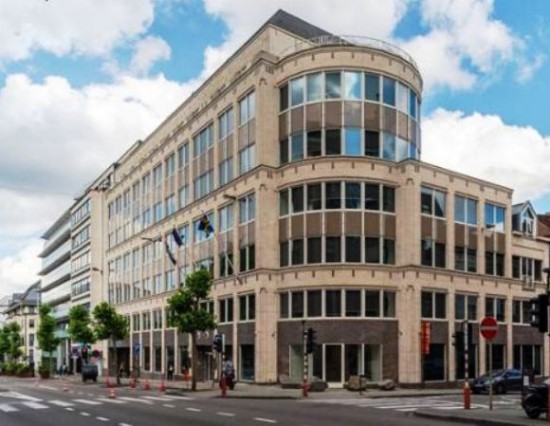 A new transaction has taken place in the European district of Brussels. The building known as La Corrège, located on the Avenue Cortenbergh, which runs between the exit from the E 40 motorway and the Schuman roundabout, has been purchased by the Kan Am Grund Group. This group is acting for a real estate special fund for institutional investors.
The building, comprising 6 floors above ground and around 5,200m² of space is under a long-term lease to the Finnish Ministry of Foreign Affairs.

The location means that the property is just a couple of minutes walk from two of the European Unions most central buildings  the Berlaymont and Justus Lipsius. This area is also home to the representations of over 30 countries and more than 36 embassies. This central European location also means that the area boasts numerous hotels, restaurants and cafés, along with shopping facilities. The Parc du Cinquantenaire with a variety of museums and leisure opportunities is opposite the building. As part of the desire of the Brussels Region to transform office ghettos into mixed use zones, much residential accommodation is now on offer.

As a sign of how quickly buildings become obsolete in the current era and with new occupant expectations, La Corrège was built in 1992 and renovated just 20 years later in 2012. Alongside office, archive and storage areas, it provides a garden and terrace and three levels of underground car parking facilities with 66 spaces.

The KanAm Group has its main offices in Munich, Frankfurt and Atlanta, and describes itself as one of Germany's leading sponsors of international real estate funds. For private and institutional investors, the KanAm Group, using separate funds, offers yield-oriented investments mainly in commercial real estate.