You are here : HOME > NEWS > Forecast of residential market needs within 10 years according to demographic evolution 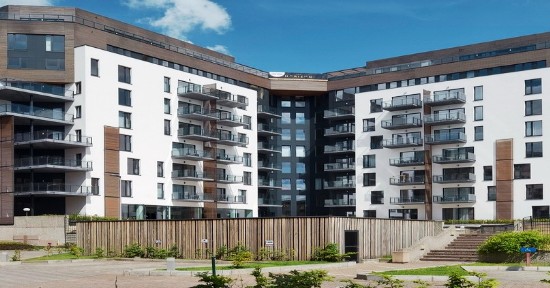 In its annual report this year, residential real estate specialist Home Invest Belgium (HIB) has set out its analysis of the state of the demographic evolution in Belgium at the moment, which clearly has a direct impact on the residential market. First, an overview of the results: in 2019 HIB saw its net result rise to 25.12 million Euros, an increase of 4.7 % compared with the previous year. The fair value of the portfolio is over  630 million. The operating result before the portfolio result increased from  15.46 million in 2018 to  16.00 million in 2019 (+3.5 %).

Where key transactional events during the year are concerned, HIB points to the delivery in April of the new development project the Crown in Kraainem comprising 40 apartments and retail space on the ground floor. In November HIB acquired four apart-hotels in the centre of Brussels, for a total of 185 units. The buildings are located in the European district on the Montgomery roundabout and avenue du Régent. A further acquisition in November involved a new development project in Antwerp. The project comprises 37 apartments and an office area, and is located in Samberstraat in the Dam district. Projects in Molenbeek, Laeken, St. Gilles, Namur and Liège, among others, are on-going.

Population growth
Turning to the analysis of the residential market, HIB starts by saying that the population forecasts of the Federal Planning Bureau are based on assumptions taking into account a scenario of an unchanged social structure. On January 1st 2019, the Belgian population stood at around 11,431,000 inhabitants against 11,376,000 a year earlier, an increase of around 0.48 % in one year. The demographic growth observed in recent years is maintained, albeit at a slightly reduced rate (0.50 % per year against nearly 1 % per year observed during the period 2013 - 2016). By 2030, the Belgian population is expected to reach 11,887,000 inhabitants, i.e. an increase of 4 %, revised slightly downwards compared with the previous demographic forecasts.

The population of Brussels is expected to increase by 39,600 inhabitants to reach 1,245,000 by 2030, while that of Flanders is set to reach 6,887,000, an increase of more than 300,000 inhabitants, and Wallonias population is expected to reach 3,754,000 inhabitants, an increase of about 118,000. The ageing of the population is expected to continue over the entire demographic projection period for the three regions of the country. Brussels has the youngest population in Belgium. This demographic growth is also accompanied by changing lifestyles, which affects the number of additional households expected each year. Within Belgium, the total number of households should rise from 4,958,000 on January 1st 2019 to 5,256,000 in 2030. In absolute values, this represents almost 300,000 additional households, and in theory as many additional dwellings.

In Flanders and Wallonia, the changes are similar with the total number of households. Both regions should witness a growth of around 0.6 % per year until 2030. In Flanders, there should be more than 3,000,000 households by 2030, and around 1,687,000 in Wallonia. In Brussels more specifically, the number of households should rise by 20,000 by 2030, i.e. an average increase of approximately 1,500 each year, fewer than the 4,000 homes previously thought necessary. Demographic pressure is therefore slowing down in Brussels, although pressure on prices and rents in Brussels is expected to continue in the years to come, in the context of a continuous decline of land reserves in Brussels each year.

Evolving Brussels residential market
How will all this affect the residential market in, for example, Brussels? In Brussels, the number of households is set to rise from 551,000 to 564,000 units by 2030, a growth of 2.35 % or 0.26 % per year. However, growth will be much less sustained as from 2024.The new housing market, says HIB, is generating ever-more interest, from developers and buyers, both at the Belgian and Brussels Region level. In Brussels in particular, with the age of existing building stock, higher energy performance standards and strong demographic growth, there is some disinterest in so-called secondary housing, which is often energy intensive and more expensive to renovate, and a growing will to develop new projects.

However, it appears that the differences in prices between older and new properties are often a barrier for a population primarily formed of average-income households. Therefore, HIB says it understands developers desire to build increasingly smaller dwellings in Brussels (although they remain relatively large in comparison with European practices). With average prices of at least  2,700 to  3,000/ m², the gap between available housing and local incomes is widening. In the most sought-after and best located areas, average purchase prices easily reach  3,500/m². The most exclusive projects now sell at prices far exceeding  4,000/m².
Realestate
Tim Harrup
29-04-2020
Tweet