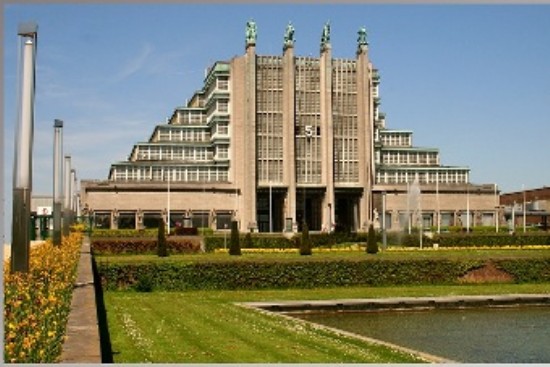 The Heysel installations are located here

The north of Brussels is already the subject of a great deal of attention involving its extended development  the much-discussed Neo project and the nearby Uplace project heading the list. However, in a parallel move, the Brussels environment agency (IBGE) is now turning its attention to the vast Laeken park, in which the Atomium is located, immediately alongside any new development within the context of the Neo project.
This park (in its non-listed portion) is to be re-laid out as a green beach for use by the inhabitants of the city. To achieve this, the IBGE has launched a competition for architectural students. They are to present projects including a master plan, and taking account of the various installations which will be required (service building, café, toilets). Recreational and sports facilities are also to be included This northern part of the site extends to 8.2 hectares out of a total of 33 hectares. Amongst other important factors to be developed are access by both public transport and by car, and account has to be taken of the fact that the Heysel installations are located here. The remaining traces of Expo 58 are to be retained, including the American pavilion.
Participants in the competition, who registered by December 31st 2010, have to submit their proposals by March 15th.