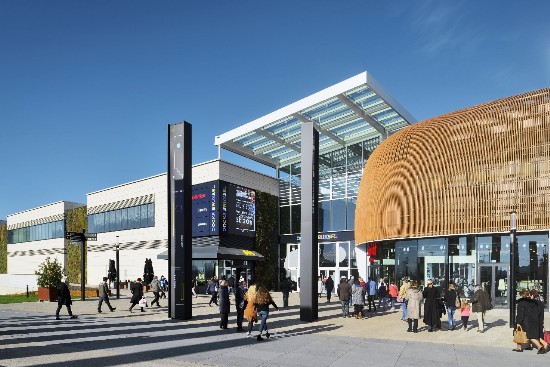 Real estate consultant CBRE has produced its annual review of the retail situation in Belgium. For 2018 it finds that apart from online sales, consumers shifted their consumption habits due, among other things, to tighter budget constraints. As a result, consumers are spending a larger part of their budget on necessity goods while luxury goods account for a smaller part. Another striking result from the survey is that consumers are changing their priorities by placing more importance on products such as smartphones or multimedia in general, restaurants and trips. For 69% of retailers, consumers are buying more (19%) or the same (50%) as last year. For those who respond more, this translates into consumers buying more frequently and in a more impulsive way. By contrast, for retailers having answered less, this is mainly because consumers are more sensitive to price changes, are buying less frequently and are buying more often online.

E-Trade
E-trade is becoming increasingly more important for sales, accounting for 16% in 2018 against 11% the previous year. These numbers translate into 40% of retailers experiencing an online sales contribution to their revenue of between 5% and 15%. Roughly one third of retailers indicate that their online shop registers sales comparable to their top 5 physical stores.

From the survey, 47% of the respondents report that online is impacting physical stores. For those who confirm this, the trend is likely to affect their traditional stores via a review of their physical presence. The polarisation between large and mid-size cities will continue as retailers cited the fact that they will focus more on popular and major cities.

This year saw the emergence of pick points as a result of online activities. Retailers are set to further develop them in their own stores as well as in partner locations such as post offices, lockers...

Rental decline
Where rental levels are concerned, CBRE finds that prime rents declined in 2018 year across retail formats. The best locations were limited to a 10to 15% fall, though secondary and tertiary locations have faced steeper declines. Brussels and Antwerp high street prime rents retreated to  1,750 /m²/yr. Shopping centres are estimated at 1,300 /m²/yr and out-of-town centres at 180 /m²/yr. The majority of respondents are expecting this trend to continue or stabilise. While 15% of respondents fear a rent increase over the next 12 months, 31% of retailers expect a stabilisation. More than 1 out of 2 retailers expect rents to decrease, compared to 45% last year.
Realestate
Tim Harrup
14-02-2019
Tweet