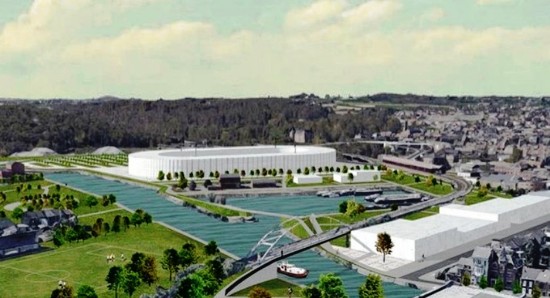 The decision to build a new stadium for Charleroi football club (RCSC) was taken last year, but the club has now given more details of the project, which is scheduled to be operational for 2024 and is to be located in Marchienne-au-Pont.

In a communiqué, the football club says: Following several months of brainstorming, a document summarising the project as designed by Mehdi Bayat, has been drawn up and then submitted to architectural bureaux. After a period of consultation led by managing director Mehdi Bayat, his special advisor Patrick M. Martin and the Board of the RCSC (Pierre-Yves Hendrickx and Walter Chardon), the club selected its architect and their Project Managers. Having consulted four international teams with proven expertise in building sports stadiums, the clubs choice was made in accordance with four criteria: motivation, skills, budget and references. This is what led Charleroi football club to mandate the contract to a team built around Mariotti & Associates, architects in Metz.

Along with Mariotti, the Project Management team will be composed of: Carré, 7 architects in La Louvière, the Batiserf study bureau from Grenoble, study bureaux s Pirnay and Polytech from Charleroi,  Atelier Audiovisuel from Lyon and acoustics specialist Clarity studio of Paris.